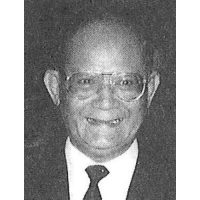 The late Zainal Abidin bin Mohamed Wazir was born on 23 October 1934. He was admitted as a Barrister at Middle Temple on 26 November 1974 and as an Advocate and Solicitor of the High Court of Malaya on 25 October 1984. He served the Government and the Judicial & Legal Service from 25 October 1984 to 22 October 1989. After his retirement in 1989, he practised as a legal assistant in the law firm of Nordin Torji & Yussof Ahmad. On 1 September 1991, he joined the law firm of Goonting & Low Eng Leong as a partner and the firm name was changed to Zainal Goonting & Low. He retired from practice on 6 May 1993 when he was appointed as Chairman of the Industrial Court which position he held until 8 May 1999. He then resumed practice rejoining Nordin Torji & Yussof Ahmad where he practised as a legal assistant until his demise on 13 July 2000.

The late Zainal Abidin is greatly missed by his family and friends.