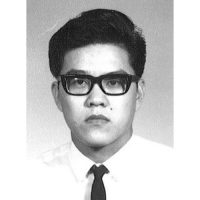 The late Woon Kim Poh was born on 25 July 1942. He was admitted as a Barrister at Inner Temple in 1973. He read in the Chambers of Mr Joseph K S Lai of Allen & Gledhill and was admitted as an Advocate and Solicitor of the High Court of Malaya on 9 May 1975.

The late Woon Kim Poh passed away on 16 January 1990 and at the time of his demise was practising in his own law firm of K P Woon & Co. He is greatly missed by his family and friends.