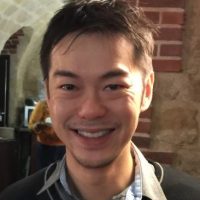 It is not an easy task to write and do justice to the life of a dear friend, Mr Woo Wei Kwang or Waikers, as I liked to call him, whom I first met in the days when the whole world was awaiting the coming of a new millennium and Hong Kong was handed back to China. Wei Kwang and I were doing our Masters of Law in London. But let us go back to the beginning.

Wei Kwang was born on 6 October 1974 and raised in Petaling Jaya. He was the youngest in a family of four. After his secondary education in La Salle in Petaling Jaya, he pursued his studies in law in Leeds Metropolitan University and pursued his LLM at King’s College, University of London. He was called to the Bar in Lincoln’s Inn in 1997, and subsequently in the High Court of Malaya in 1999.

Upon returning to Kuala Lumpur, Wei Kwang chambered and practised at Skrine & Co, before joining Wong & Partners in July 2001. He became a partner in January 2009 and headed the employment practice in Wong & Partners.

Let me also introduce to you the Wei Kwang that I knew. Wei Kwang and I met two decades ago back in London, sometime in 1997 when both of us were doing our Masters of Law in the University of London. I remember the first time I met him, I walked into a lecture theatre, and in the sea of faces, he immediately looked up at me and had this sparkle in his eye. That was all it took, we connected. His bright spark was always there whenever we met over the years, and it was also one of the things that was constant about him. On that day, he smiled and offered me a seat, and that gesture, although a simple yet selfless one, was one of the amazing things I remember about him because he reached out and made someone who was feeling lost, at ease and immediately comfortable… that was Wei Kwang. He was that way towards everyone, he was authentic that way and it was a quality that drew people to him and formed lifelong friendships.

And we stayed friends after London. After returning to Kuala Lumpur, he went his own way, and I went on mine, but our paths crossed ever so often, he chambered and worked in Skrine & Co, so did I at one point, he then moved on to Wong & Partners and I begin my own practice thereafter. We met up at social occasions, Bar events, parties and gatherings and whole host of other engagements. He was one of those persons whom I know I could pick up things where we had left of, it could have been five days since I last met him or five months or even five years, and we could continue our conversation like it never stopped… like time stood still yet we kept on going. How I wish time had indeed stopped back then and Wei Kwang was still amongst us throwing his famous one liners by unearthing the wealth of dry wit he kept stored in his immensely intelligent mind.

Wei Kwang was kind, compassionate and generous to a fault. He was generous with his time, treasure and talent. He would sacrifice his own needs for those of others, and many times at the detriment of his own welfare. That was the true measure of this man – selflessly big hearted.

In a serendipitous turn of events, I came to know that he was going steady with (and eventually planned to and did marry) a very close friend of mine Sophia Chow. I had known Sophia for a long time too, in fact all the way back to my chambering days in 1999 where she was a first-year lawyer in Albar, Zulkifly and Yap. I saw their romance blossom in a short period of time leading to their wedding. News of their impending wedding and life together as a married couple brought much joy because knowing them individually and then knowing them together, it was the making of a great couple which they were.

They were simply a wonderful pair, having cracker-jack chemistry that we hear of at times but rarely witnessed. Aidan and Lauren, two great kids who saw Wei Kwang as their father and Wei Kwang who without any hesitation embraced them as his own children, completed the picture.

As a father and husband, Wei Kwang was incredibly loving, caring, encouraging, supportive and protective. Nothing made him happier than spending time with his family, in particular with his children. Although strict with them, he could be mischievous at times, laughing and joining in the antics of his children.

Wei Kwang was a survivor – anyone who knew him, who knew about his life, the challenges and struggles that he had to endure would have had no doubt that the term “survivor” being an apt word to describe him. He stumbled many times along the way but he never failed to pick himself up along the way and keep forging ahead.

He was a true friend, a good husband, an amazing father and simply put, a wonderful human being who was real and despite where he was and what he did was always the same man, the same friend that I remembered meeting at that lecture hall in London who will be missed dearly. The world has lost one kind and beautiful soul. For every life he touched, every friendship he honoured and every relationship he enriched – let us all remember with fondness the joy he brought into our lives. Wei Kwang had touched many hearts and will always be remembered and loved by those who knew and loved him. Let us all remember him as the person who would smile, offer you the seat next to him and just light up the whole room.

May God bless his soul.