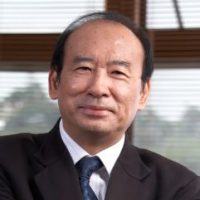 I once read that the word “GONE”, is one of the saddest words in the English language, regardless of whichever context it is used. For that matter, in any language. It pains me greatly to associate this word with the passing of a dear friend, partner and colleague,   Mr Wong Sai Fong, who passed away prematurely on 19 May 2016. His grieving family have requested me to eulogise his life for which I am greatly honoured and humbled. I extend my kindest and fondest thanks in return.

Sai Fong leaves behind his treasure of a family, who miss him greatly, namely, his wife, Madam Christina Chia, managing partner of Christina Chia Law Chambers, his first daughter, Myreke Wong who is a financial controller, his second daughter Joshinae Wong, who is also a lawyer and his last daughter, Jueneke Wong, who is currently pursuing a degree in creative writing at Monash University. He leaves behind his granddaughter Geyeon Lau aged 8 and his grandson Elryeon Lau, who was born 4 weeks ago. His demise both derailed and devastated me somewhat as Sai Fong was inevitably the first person I saw each day at the office. We spent much of our work day together and I cannot help but feel engulfed by the loss and the deafening silence of his absence as I am paying tribute to his life.

Born on 1 April 1953 in Kuala Lumpur to Mr Wong Pun  Kooi  and Madam Tang Yuet Seng, he was the fourth child and was the eldest boy out of his seven siblings.  He attended Bukit Bintang Boys School, his Alma Mater which he remained proud of until his passing. Sai Fong had very humble beginnings at Messrs Shearn Delamore & Co. He started out as an IP clerk in the 70s. He went on to pursue law at the Honourable Society of Lincoln’s Inn and was called to the English Bar in 1977. Upon his return to Malaysia, he was called to the Malaysian Bar in 1980 and to the Singapore Bar in 1993, respectively. After being called to the Malaysian Bar, he embarked on his legal career at Messrs Shearn Delamore & Co., at the Intellectual Property department. His sheer hard work and passion saw him rise through the ranks as a legal assistant to partner and then to managing partner of Shearn Delamore between 2007 to 2010. He played an active role in the management of Shearn Delamore up to the time of his demise and he genuinely loved being a part of the firm. He was proud of the sterling traditions and standards associated with the firm. His unerring sense of purpose and duty led him to serve the firm tirelessly. He truly was a home grown son of Shearn Delamore.  His other passion was badminton, which he continued to play twice weekly rigorously, until he fell ill earlier this year.  He held office as the Vice President of the Selangor Badminton Association in the 1980s and 1990s.

Let me tell you at the outset, that Sai Fong was a great force of authority in the IP circles locally and abroad. He was a seasoned IP litigation luminary. He knew no greater excitement than the law and was passionate about litigating in Court. Very often, as first impressions go, Sai Fong would often be mistaken to be an innocuous opponent in Court largely because of his simple, humble and somewhat quiet disposition. He could mesomorph in an instant with his supreme knowledge of the law and his skilful prowess in Court. All this done with everlasting charm, ease, wit and a smile.

Mr Wong Sai Fong’s talents were many, he was a magician in Court, a brilliant strategist with clients’ cases, a smiling warrior with opponent lawyers and a suave and debonair gentleman in character.

His legal brilliance was unrivalled. Career wise, he was very successful which had nothing to do with him being bestowed with opportune fortuity, but rather, he was guided by his sheer diligent industriousness. It is regrettable that many may not truly appreciate or understand the legal mind or skill set that Mr Wong Sai Fong had in his arsenal until and unless one worked long and closely with him or was up as an opponent against him. Sai Fong was the nation’s top IP superstar until his demise and was extremely well regarded both locally and overseas. Being a prolific litigator, he was responsible for many successful landmark precedent setting IP cases which are numerous to list. He was passionate about work and excelled at it. He enjoyed being in the office every day and kept a busy work schedule until he fell ill, rarely going on leave, medical or otherwise. I have had the sublime pleasure of assisting and being co-counsel with Sai Fong over the years. In doing so, I have been a silent witness to the impact carried by his ingenuity in thought and creative arguments which have at most times, derailed opponents, pleased judges and left other members of the Bar, including me, in sheer awe  and admiration in the wake of his victories! Mr Wong Sai Fong in Court has to be described only through superlatives: Unpredictable, Quick thinking and he stood head and shoulders above all else with minimalist preparation!

Clients sought him for his legal expertise and strategies. From Honda to McDonald’s, Sai Fong’s expertise was seen to be exquisite and unrivalled. Clients had supreme confidence in his capabilities and he was not afraid to try anything. His legal brilliance would then take over and in most cases ultimately lead him to success. Mr Wong Sai Fong was a real workhorse and up to the time of his recent illness, he consistently worked very very hard. He was in the office every day except when he was overseas attending conferences. He showed by example that there was no better way to success except hard work.

Sai Fong’s contribution to the local IP scene was also substantial. He held positions in various IP bodies such as MIPA, APPA etc. He was also a past president of the Malaysian Intellectual Property Association (MIPA). He was also largely consulted and involved in the formulation of amendments to IP laws in Malaysia as he sat as a member on ad hoc government committees set up to review existing intellectual property laws or to propose amendments to existing laws.

Here is a tabulation of some of the achievements and accolades presented in various global publications:

“Sai Fong Wong is known throughout Asia as one of the best in his field”. -AsiaLaw 2014

“Sai Fong Wong enjoys legendary status among peers: he is amazing in the Court room. He delivers extremely convincing but easy to understand arguments as if it were nothing.” – IAM Patent 1000

Looking at his achievements, which are several, you will see why I say that he is a hard act to follow. For someone who was at the helm of stature and success, he was an anti-thesis of sorts. He was simple yet intelligent, humble yet confident, charming yet unassuming. He had a great sense of humour too, which is probably why the both of us got on so well. Capacity of Mind, Fullness of heart, Creativity in Thought, Genuineness in Deeds, Kindness in Generosity, Compassion in Forgiveness; these are only but a few descriptions of Wong Sai Fong. After his demise, the outpouring of grief from common strangers down to my 400 odd strong colleagues at Shearn and across to the legal fraternity both local and abroad was astounding. Grown men and women wept unashamedly. It was a curious event to witness which led me into deep ponder. The contemplation soon came to light and gave way to the preponderance of his good nature which was innate in him to touch so many.

It holds true the saying “the saddest moment is when the person who gave you the best memories becomes a memory”. For all who knew him, we know that the moments we shared with him will now become a lasting memory. This was the case even when he was fighting for his life. His firmness in purpose was intact even during that trying period, never once did his fortitude waver during his illness. Nevertheless the fight! Nonetheless the loss. Never shall we forget! For his dear family and friends, the loss is beyond words, but then again so is his love and rich legacy that he has left behind for them. In my eyes, I see only a LEGEND, whose memory will continue to endure.

He was beloved, he was at the behest of his career, he went beyond his calling to help so many, he bedazzled all of us in Court, he was Wong Sai Fong, he who has left us with his distinctive traits and his trademark signature of kindness.

One last thought for my dearest friend Wong Sai Fong, May God Bless the LEGEND and may his soul rest in eternal peace.

“As the sun alone illuminates this entire world, so does the one who resides in the field who illuminates the entire field.” – Bhagavadgita.