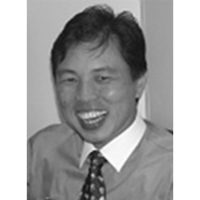 A man of integrity and determination, Vong Poh Fah was a friend to many, and to the many he lightened their burdens and brought cheer to their lives. Poh Fah, as he is known to all, made friends easily partly because of his affable nature and partly because of his transparency. You could see to the core of the man and always liked what you saw.

Some of us knew Poh Fah for longer than others, but everyone who came to know him knew him as unassuming, affable, humble (except when it came to golf) and humorous. Those who knew him better would know that he was passionate about the law and was considerably pained by injustice. Injustice was not merely something he read about but was something that he felt. In his more serious moments, Poh Fah displayed a steadfast belief that lawyers have a duty to apply their knowledge and skill towards a better good. That made him a true lawyer and he won many friends and admirers by it.

Poh Fah was born on 11 December 1962. He was one of three children born to Yap Moi Ying and Vong Mook Sam. His siblings are Vong Kean Fah and Pearly Vong Pui Fah.

He graduated with LL.B Honours Class II (Upper Division) in 1986. He later read for and was conferred a Master of Laws in 2003. In the meantime, he undertook pupillage in 1986 under the guidance of Kadir Kassim in the law firm, Kadir Tan & Ramli, and was called as an Advocate and Solicitor of the High Court of Malaya on 14 February 1987.

With the formalities accomplished, Poh Fah then embarked upon his mission to right wrongs and to prosecute crime. He joined the Attorney General’s Chambers, but alas he was assigned to the Civil Division and it would be many years later before he would be assigned to the Criminal Division. Poh Fah served enthusiastically, diligently and in an exemplary manner in various capacities and Divisions/Departments of Chambers, including a stint in Bosnia-Herzegovinia to represent the Malaysian government in a trial defending Malaysian peace-keeping troops who had killed a citizen of that country in a road accident, essentially an international ‘running down’ case. The law reports carry many of his reported cases and he was awarded the Sijil Perkhidmatan Cemerlang in 2003 by the Attorney General of Malaysia.

Throughout his service with the Attorney General’s Chambers, Poh Fah never really lost touch with the Bar. Poh Fah was a sportsman. He swung a pretty mean tennis racquet and golf club and could kick a football pretty well. His excellence in the sporting arena was evident from his school days. The numerous trophies in his house stand as testimony to his sporting prowess. It was through sports that he had continued to forge a bond with the Bar. He played tennis, football and golf for the Bar whilst serving with the Attorney General’s Chambers. In a sense, he was one of us even then, and he made many friends that way.

He eventually retired from service with the Attorney General’s Chambers and rejoined the Bar in 2004. I suspect that the Bar was the place he had always wanted to be. He was one of us and he had come home. Many of us at the Bar who knew him from having him as opposing counsel whilst he was a Senior Federal Counsel or Deputy Public Prosecutor, or from having played sport with or against him or from having been tutored by him, or from having met him at social events were happy and proud that he rejoined the Bar. Poh Fah joined the firm of Chooi & Company on 2 September 2004 and immediately became at home. He was made a partner of Chooi & Company on 30 June 2005. Poh Fah took to practice at the Bar and in Chooi & Company with ease. His presence strengthened the Bar. His absence has diminished us. Poh Fah had always fought the good fight and fought it well. In Chambers and at the Bar, Poh Fah was one of our best.

Poh Fah had in his early days with the Attorney General’s Chambers met, fell in love with and married Aimee Liew. Aimee was then a pupil reading in chambers in a law firm that was located in the same building as the AG’s Chambers, that is, Bangunan Bank Rakyat. They are blessed with two wonderful children, Ryan Vong Junying and Samantha Vong Jun Mei. He gave to his family his love and devotion, and met the different demands and responsibilities of a father, husband, friend and advocate in the only way he knew how: giving his very best.

We don’t like to say goodbye to those whom we love.
It is right for us to weep, but there is no need for us to despair.
They had pain here.
They have no pain there.
They struggled here.
They have no struggles there.
You and I might wonder why God took them home.
But they don’t.
They are at this moment
at peace in the presence of God.
– Max Lucado