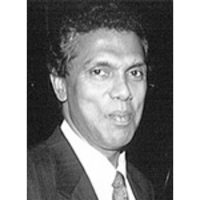 The late Vijayaram Krishnan was born on 15 May 1943. A barrister-at-law from the Honourable Society of Lincoln’s Inn, he was admitted as an Advocate & Solicitor of the High Court of Malaya on 29 June 1970. He was a consultant in the firm of Ranjit Ooi & Robert Low at the time of his demise on 17 September 2007.