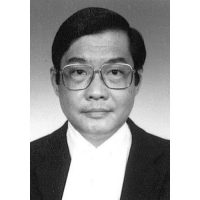 The late Tong Teck Yong was an active member of the Bar until his sudden demise on 16 November 1997. The late Tong Teck Yong hailed from Malacca and was the eldest child in his family of six siblings. He had his primary and secondary education in Pay Fong High School Malacca, a Chinese medium school and graduated from Senior Middle Three in 1963. Upon passing his Senior Cambridge Examination by correspondence course in 1965, he joined the Royal Malaysian Police Force as an inspector. He served the Force with distinction and was the recipient of a number of letters of commendation and appreciation from the Director of Special Branch and the Inspector General of Police for his excellence service.

It was whilst in the Police Force that he developed a passion for law and left for England in 1975 to pursue his law degree. During this time both he and his wife worked in order to finance his education. Upon becoming a Barrister-at-Law of Lincoln’s Inn in 1979, he returned to Malaysia and resumed his service in the Force as a prosecuting officer.

After two years as a prosecuting officer, the late Tong Teck Yong set up his own practice specialising in both criminal and civil litigation. Despite his busy schedule as a practising lawyer, he found time to serve the community actively as a legal advisor to several Chinese associations. He was appointed an arbitrator of the Kuala Lumpur and Selangor Chinese Chamber of Commerce and Industry Arbitration Tribunal. He was also actively involved in the United Chinese School Committees Association of Malaysia.

The late Tong Teck Yong leaves behind his wife, Kemmy, a lecturer at a local university and two children – a daughter, Huei Jinn who is at present pursuing a course in Dentistry at the University of Singapore and a son, Shuei Hua, who is currently pursuing his A-level examinations in a local college.