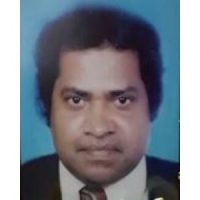 Born to late Mariasoosay Raiappan and Madam Philippe Soosay on 31 May 1955, Thomas was the third child in the family of six siblings. He has an elder brother, an elder sister, two younger brothers and one younger sister. Coming from a family where both parents were rubber tappers, life was not a silver spoon for Thomas. Success means hard work for this family.

From young, the late Thomas was known to be a very practical person, highly disciplined, independent, hardworking, well organised, down to earth, very loving and caring (something that he did not show easily)… yet stubborn and very short tempered. He always did things his way. Some said he was very adamant, but that was because he was a man with principle. The beauty in him was that he held no grudge against anyone.

He was offered to do Law at the University of Malaya where he managed to obtain a scholarship from the State Government of Selangor because of his excellent result in the STPM. That was among his proud moments that he would share with his nieces and nephews when they were much younger as a sign of motivation for them to succeed in life. Thomas took education matter seriously. Knowledge was a powerful tool for him.

Upon graduating from the University of Malaya, the late Thomas served his pupillage in a law firm in Seremban. He then moved to Kuala Lumpur and worked with some renowned law firms here. He continued his practice and worked for a long time with Azman Davidson & Co before deciding to open up his own law firm; Thomas & Tan. His decision to set up his own law firm was mainly because he wanted to spend more time with the family and be near his ailing mother. Yes, Thomas was a very family orientated person. His love for his family was beyond words.

The late Thomas took his profession very seriously and that could be one of the reasons why he never got married. He loved children very much and as he never got married, his nieces and nephews were his children and his love for them was exceptional. He cared for them and protected them as if they were his own children to the extent that he would become very childlike just to entertain them. If any one of them was not well, before their own parents were there, Thomas would be there to care for them. Once they were all grown up, his attention shifted to his grandnephews and grandnieces. He left behind four nieces, nine nephews, three grandnephews and three grandnieces at the time of his passing. He was the role model for many, especially his nieces and nephews.

Man of few words but full of wisdom. Seek him for advice and you would definitely benefit from it.

He would never turn down anyone who went to him for aid. He has such a soft heart that he would personally take charge and try to solve any issue forwarded to him. His compassion won the hearts of many. No one who had gone to him for help would return empty handed.

Thomas could crack a joke that would make you laugh till your tummy hurt – something that most of us do not get to see that often in him.

His sudden passing left a space that can never be filled. We grief now, the pain will slowly fade away but one thing that will never fade is his memory. His sweet genuine smile that will always light our way.

Gone but will never be forgotten. Till we meet again.