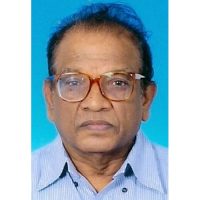 Thiruchelvasegaram Manickavasegar, known to family friends and fellow lawyers as ‘Segaram’, was a member of the Inner Temple for 44 years, passed away on 30 October 2009.

The life of Thiruchelvasegaram Manickavasegar provides inspiration to us all. From humble beginnings, through hard work, perseverance, intellect and strength of character and purpose, he overcame hardship and a lack of resources to complete his legal qualifications in Britain in record time, and became an advocate and solicitor who was greatly respected and admired within the Malaysian legal fraternity.

He was born on 17 May 1939 — the seventh of ten children — to a family of modest means. His father, a Tamil migrant from Ceylon, initially settled in Malaya in 1916, although the family’s roots in Ceylon would remain. In his early years, his educational opportunities were extremely limited. After his eldest brother, Dato’ Dr Prof Balasegaram, brought him to Malaya in 1956, he attended school in Kuala Lumpur, and through a great deal of hard work and determination, he managed to bring himself up. He passed his Senior Cambridge exams with grades that enabled him to study law in London. His brother, Dato’ Dr Prof Balasegaram — himself a world-renowned surgeon — provided both the example and financial support for his younger brother to get the education he yearned for.

He graduated with his law degree and was called to the Inner Temple as a Barrister on 9 February 1965, within a mere 18 months of completing his degree. Due to financial constraints on his family, and so as not to impose longer than necessary on his brother’s kindness in supporting him, he had requested, and been granted, permission to complete his qualifications in a shorter time frame in order to return to Malaysia to commence working. While in London, he lived frugally and worked single-mindedly with intensity and determination to achieve his goal. His wife, who met him while studying law in London (they later married in 1966), recounts that during this time, he studied “day and night, always with his nose in a book”. He also used some of his precious time to tutor other fellow students.

After returning to Malaysia, he was called to the Bar on 7 September 1965, and then worked for the firm Yap & Yap in Ipoh. His own firm, M Segaram & Co, was established in 1967.

After only 4 years in practice, he received a letter of commendation from the then Chief Justice of Malaya Tan Sri HT Ong dated 30 October 1969, wherein the Chief Justice said: “I should like to compliment you on your able conduct of the defence in the above case yesterday. I noticed you bore in mind only what was material and avoided all irrelevancies — the latter is a far too common failing among practitioners in cross-examination”. Another notable achievement was his appearance before the Privy Council in 1977, where he successfully argued his client’s appeal in the case of Menaka v Lum Kum Chum [1977] 1 MLJ 91, PC.

During his wide and varied legal career in litigation he developed a particular expertise in commercial cases. However, he has been involved in a number of cases, in many other legal areas, which established useful and important legal precedents. He understood the value of hard work and there was nothing that he couldn’t do, once he put his mind to it.

Many lawyers who worked with him will attest to his formidable skill at legal research and argument — that appearing on the opposite side from him in a case was a cause for concern and, conversely, having him work with you, was a sure way of having the most comprehensive and up-to-date legal authorities, and a much improved chance of winning the case. When asked for advice, he was known to cite the names of relevant legal authorities off the top of his head. His wife lamented that he would regularly disturb her sleep by getting up in the middle of the night to jot down an important legal point that had suddenly occurred to him, lest he forget it by the morning. His mind was always active and incisive.

None would question that he was also a man of integrity — honest and forthright to the end. He believed in doing what was right and proper, and saw the best in people, even if it might have been undeserved. He treated everyone, including fellow counsel, with dignity and respect.

He is survived and deeply missed by his wife, Vijayalakshmi, to whom he was devoted, his daughter Shanti and son Nad, his eldest brother Dato’ Dr Prof Balasegaram and other siblings Annamalar, Thirunesan, Retnamalar, Gnanasegaram, Selvarani, Tharmasegaram and Pushpam and their children. His close friends, staff and colleagues, are among the many others deeply grieving his passing.

His death was sudden, but not in vain. His memory will always be with us, and his legacy will continue through his family and those who loved and stood by him, his good works, the many important legal authorities he had a hand in creating, and the inspiration he has left with those of us who remain.