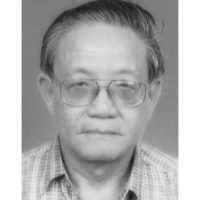 T.B.Tan passed away peacefully in the General Hospital Kuala Lumpur on Thursday, 4th of August 2011 at the age of 70. The funeral was held in his hometown, Batu Pahat, Johore on 7th of August 2011.

He first set up his practice under the name and style of Messrs T.B.Tan & Co. in the late 1980s. For the past 20 over years as an advocate and solicitor, the late T.B.Tan has spent his time devotedly to his profession. He, a person at the age of late 60s, with the help of public transports and bare foot, all the way from KL city centre to Hulu Selangor which he barely knew of the exact location, paid a visit to the land office personally for the sake of moving his client’s case briskly. And yes, that was only one of the examples of what the late T.B.Tan did for his client. This simply proved the sense of responsibility and urgency he had.

The very last time when he was admitted to the hospital due to his health condition, his family repeatedly advised him to retire from his profession as his condition was deteriorating. The immediate response gotten from him was a disagreement, not at least until he had finished off his outstanding cases. His devotion to his profession is definitely a point to respect.

The late T.B.Tan was a humble person. With his friendly personality and sense of humor, it was comfortable to talk to him about anything. Even his clients regard him as a friend when seeking his professional advice.

With the good karma he planted when he was around, until today we still receive condolences and sympathies for his demise. His kindness, voice, and love will always remain in our heart.

May he rest in peace and have a restful mind in the next world he departed to. Adieu uncle!