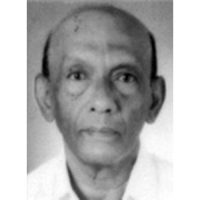 The late T. Selvarasan was born in Jaffna, Sri Lanka on 15 July 1928. He began his primary education at the Batu Road Boys School in Kuala Lumpur. His early education was interrupted by the Second World War, but a strong thirst for knowledge saw him resume his studies at Victoria Institution. It is this very quest that laid the foundation of a brilliant and illustrious legal career spanning over some 43 years. After finishing his secondary education, he dabbled in the teaching profession briefly before leaving for Gray’s Inn, England to pursue law in 1955. He was called to the English Bar in 1958 and was subsequently admitted to the Malayan Bar in January 1959.

Selvarasan’s interests ranged from horse racing to tennis. He also had an affinity for languages, which saw him speak French and Japanese fluently.

Selvarasan was awarded a scholarship in International Law by the Government of France in 1959. On his return in 1960, he opened his own firm, rapidly establishing himself as a leading criminal lawyer. A successful practice was thus built, based on a strong sense of justice, integrity and honour. He was the epitome of humility and integrity, and encouraged this among the younger generation of lawyers. In early 2004, as age and ill health caught up with him, Selvarasan contemplated retirement, and began working from home.

He instilled in his 3 daughters the importance of education and having pride in their chosen professions. It is with this belief that his three daughters are now successful individuals in their own right. One of his children has chosen to follow in her father’s legal footsteps, which gave him immense pride and joy.

Mr. T. Selvarasan passed away peacefully on 9 July, 2004 a couple of days before he would have turned 76 leaving behind his beloved wife and three daughters. At the time of his death in July 2004, he was also attached to Messrs Suria Kumar & Co. as a consultant and was still attending Court whenever his health permitted him.