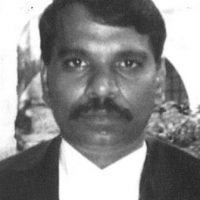 My husband the late Subramaniam Komban was born on 24 May 1949, the eldest son of Mr Komban and Madam Packiam who were estate labourers. He had five brothers and two sisters.

He was a man who demonstrated great determination, initiative and untiring patience in realising his goals and overcoming various hurdles, both in his family life and at the workfront. Those who knew him well remember him for his individuality and supreme ability to organise and lead those in his care and responsibility and he eventually became a brave gladiator wearing the mantle of a principled and well respected Chairman of a political party in Bandar Kinrara, Puchong, his hometown. He was also an active sportsman.

With grit and determination, Subramaniam worked his way up from being an office boy to a Court interpreter. He worked hard at his studies and exams, and at the same time carried out his daily duties diligently as an interpreter, loving husband and father. In 1981, he was transferred to the High Court in Kuala Lumpur.

We were married in 1981 and are blessed with four beautiful children, two boys and two girls, Prem Kumar, Geetha, Himayajothi dan Dinesh Kumar.

In 1985, he took up law and after years of hard work and sacrifice, he obtained his law degree from the University of London (External). He was admitted as an Advocate & Solicitor of the High Court of Malaya by his former boss of 10 years, the High Court Judge Dato’ K.C. Vohrah (as he then was), and Dato’ Dr. Cyrus V. Das moved his Call.

He opted for early retirement and joined Kam Woon Wah & Associates. On 3 April 1997, he set up his own practice under the name and style of Subra and Associates.

Despite the knowledge that his health was failing, he remained strong and carried on life as if all was well. On 9 May 2000, he left the world.

We will always remember him as being a tower of strength and love. He instilled deep religious awareness in his children.

His departure to the abode of God has left a void in our lives. This void can only be filled by memories and cherishing the wonderful moments we had with him. We are grateful to God for having given us Subramaniam, who was a wonderful son, husband, father and friend.

We all really miss him so much.