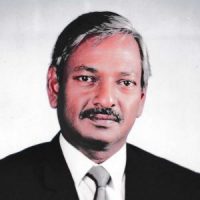 Sothinathan Kanagasingam was the 5th child of Mr and               Mrs Kanagasingam Arumugam, born into a family of nine children.  His adventures in life began in Ipoh, Perak on 12 June 1934. He left to Sri Lanka with the family when he was 4, and returned to Malaya when the family came back in 1940. The Kanagasingams settled down in Bukit Mertajam where Mr Kanagasingam was posted as stationmaster.

Sothinathan or Sothi as he was popularly known, completed his schooling in Bukit Mertajam High School and Penang, before embarking on his chosen career studies of Law. He left for England in 1956 on a month long journey on the passenger ship Chu San. Coincidence or fate, he shared his cabin with another young aspiring law student, Ang Chui Lai, who was headed to the same college as Sothinathan.

Sothi graduated from Lincoln’s Inn with honours and was called to the Bar on 21 November 1961. With this achievement came also a tinge of sadness when Sothi lost his father that same year.

Upon his return in early 1962, he began practice with the law firm of YS Lee & Co. This was a short stint for Sothi. He, together with Ang Chui Lai, decided to set up Messrs Sothi & Ang, Advocates & Solicitors in 1965 in Kuala Lumpur.  He initially dabbled in Criminal Law, but quickly found his forte in Commercial and Corporate Law. Both Sothi and Ang enjoyed the day to day challenges of practice, and while doing business with foreign investors.

The firm of Messrs Sothi & Ang celebrated its 50th anniversary in 2014.

In 1963, Sothi met the love of his life and the grounding force of his married life,          Ms. Pathmavathi Rasiah. They married in 1965 and were blessed with two girls and a boy. Pathma looked after Sothi impeccably. He never had to worry about the household, his needs and wants were looked into. From his breakfast in bed in the mornings, to his ever present “puttu” for dinner, Pathma will put Sothi first every single time. Sothi always knew Pathma was his strength. In 1965, Sothi’s mother also passed away.

The firm of Messrs Sothi & Ang, with its workforce of about 25 staff continued to thrive in MUI Plaza before and now being located in Wisma Bandar, Kuala Lumpur. A testament to both Sothi and Ang, most of his staff have remained loyal and some have served for more than 40 years.

Sothi was a God fearing man, and lived his life as such. His high morals made all those in contact with him adhere to the same exacting standards.

His acquaintance with the Norwegian business goes back to as early as 1965 when he was instrumental in helping to establish the first Norwegian Company in Malaysia in Norse Crown (M) Sdn. Bhd., a trading company which is in the trading and distribution business. Norse Crown was wholly owned by Tiedemanns of Oslo, a large multinational conglomerate.

Jotun (M) Sdn. Bhd. was founded by him in 1983 together with Kjell Swendsen.  He was an active member of the board of directors and shareholder and was proud to see Jotun here growing from a small operator to an active and vibrant operator of which is among the top three paint companies in Malaysia including being the Regional Management R&D Centre for the region.

With the addition of his two granddaughters, whom he adored, Sothi would wait for their annual summer holidays which they would spend with him and Pathma. He indulged them in every possible way, and enjoyed spoiling them with his little treats, making special desserts, and teaching them to cook with him. Today we see these wonderful traits of Sothi in these children.

Sothi has shown us what it means to make your mark in this world, by filling the hearts of people with laughter, and happiness. To be young at heart and mind. To respect your peers and to bow before God. To serve and be humble to your fellow man. To nurture and support those in need. To stand by your principles and hold yourself up to a higher standard. To love and be loved with no reservation.