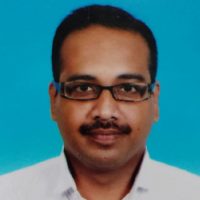 Albert Einstein said, “The value of a man should be seen in what he gives and not in what he is able to receive”. In one word, Sivamohan was a man who gave his best in everything he set his foot upon. He gave much to his work, to his family, to his friends. I would like to speak in celebration of his life. Here was a life that demands notice. A life that had exemplified brilliance, a life that should inspire emulation, also a life that burned so that others’ paths were lit.
Friends of Sivamohan would testify that he was a true gentleman, an honourable man and most of all, a loving family man. This is significant because he treated every person around him like family. Whether you worked for him, or a client seeking his help or a friend from the neighborhood; you got the same level of attention and care; just like you were a family member. Sivamohan also had a generous soul, which I am sure many can attest to. He never met a person in need that he did not find some way of helping.

Anyone who has had the privilege to know or even meet Sivamohan once would not have a mean thing to say about him, and at the same time, he was never the type to do the same to anyone, nor would he entertain anyone who would speak ill of anyone else.

Sivamohan’s work in the legal profession has helped many. Besides his corporate clientele, he gave legal advice to individuals and organisations; and in many cases pro-bono. His work ethics were nothing short of exemplary, and his services to his clients were always top-notch. The best attribute about Sivamohan would be his efficiency when it came to work. He never believed in last-minute work. Every case that came to his desk was always almost immediately and promptly dealt with.

Sivamohan’s passing is a great loss; not only to his family, but also to all those who had known him. He had been a great friend, and a fine example of a man. Sivamohan was living proof of how fine a person can be. He was a good boss to the people in his charge, a loving husband to his wife, and a devoted father to his children. He was also a good friend to many of us and a great colleague. The character of the life he lived might be summed up in a few words: he was sincere, he was earnest, he was a genuine person, and he was loyal.

As partner in his firm, Sivamohan led his staff in such a way that he exemplified leadership. He gave energy, commitment and inspiration to his staff and to others with whom he worked. The Sivamohan anyone would remember was a very jovial Sivamohan, one who not only was cheerful in himself but who gave much cheerfulness to others. He had a beautiful smile, a grand sense of humour and a gentle demeanour. He was bright, had a sunny disposition, very logical and systematic in his thinking. He was always willing to share his ideas and information. He was passionately interested in his work and would always give his best advice with regard to his profession, to those who came to him for it. Many would find him to be a splendid person of great intellect and big heart.

In his career as a practising lawyer and partner of his firm, he worked with passion, integrity and energy. By his death, everyone who knew him will miss a highly intelligent, vibrant individual with a rare friendliness and charm of personality. Sivamohan was a genuinely warm character and wonderful individual; one we will miss greatly. Our sorrow is lessened only slightly with the comforting thought that we had the privilege to know him.

I end this eulogy with a heartfelt poem:

Eternally resting in God’s arms,
Burning brightly within our hearts,
As two hands were laid to rest,
God broke our hearts to prove he only takes the best.