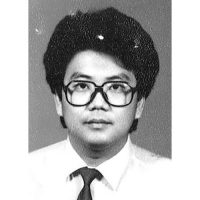 The late Sia Teck Thian, known to most of his colleagues and close friends as TT Sia, was a sincere and resourceful person. Born on 10 November 1957, he received his primary education in Limpoon Primary School, Batu Pahat, Johor and secondary education in Batu Pahat High School and TAR College, Kuala Lumpur. He graduated with a B.A.(Hons) in Law at Manchester Polytechnic and was admitted as a Barrister-at-Law, Lincoln’s Inn in 1982. He served his pupillage in the firm of T.S. Chong & Co., Johor Bahru and was admitted as an Advocate & Solicitor of the High Court of Malaya on 12 October 1983. He remained with the said firm until 1 March 1984 where he set up the partnership of Iqbal Hakim Sia & Voo and was a partner of the firm until his demise on 19 July 1992.

TT Sia had always carried out his duties with dedication and responsibility and was always willing to help and assist those who approached him. Even with his busy schedule, he managed to take time off to do charitable work and was a member of the Lions Club of Johor Bahru Host. He was admired for his persuasive character and is greatly missed by all his friends and relatives.