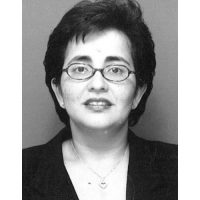 It would be too easy to reduce a life’s achievement by a simple recounting of what is stated in a person’s curriculum vitae. And for the record, the firm of Sharifah & Associates was established in 1992 by Sharifah Aloyah Bte. Syed Mohd Alsagoff after leaving Zaid Ibrahim & Co. She gained a Bachelor of Laws (Honours) from The School of Oriental and African Studies (SOAS), University of London (1982-1985) and was admitted as a Barrister-at-Law, Lincoln’s Inn in 1986. In April 2001, Sharifah passed away at the age of 38, due to complications arising out of a second coronary bypass surgery .

All this is known and documented.

But a life is so much more than the sum of one’s CV and a collection of dates. How do we convey those qualities that are the essence of a person? Her career as a lawyer not only defined her professionally, but also brought out her best personal qualities. At times, her law firm may have resembled more of a clinic than a law practice, with the only missing element being the proverbial couch. She was part counselor, part psychologist, part disciplinarian, part mother, confessor and problem-solver to her clients who but for her counsel, may have found themselves with contractual problems (often the result of misguided commercial decisions). Of course, many of her friends were often her clients. But the reverse was also true. Her clients often became her friends.

When she knew of her heart condition she lived life at a rather hurried pace – not out of a morbid sense of foreboding – but as if on being handed a shorter lease of life, she discovered the gift of life.

For those who loved her, her presence in death will be as vital as her presence in life. Her legacy continues in the firm, which continues with the same staff that she trained and relied upon, and in her children, who will try to honour her life in remembrance of her spirit, which was always positive, even in the face of adversity.

She leaves an indescribable gap in the lives of her husband, her three children and her friends.

We shall her miss her warmth, her humour and most of all, her counsel.