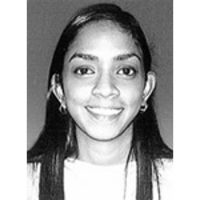 Selvarani Paneerselvam was born on 27 September 1978 in Kuala Lumpur. She completed her secondary education at Taman Petaling School PJ. She then proceeded to England in 1995 to Malvern Girls College to do her A levels. After one term, she moved to Cherwell College in Oxford city to continue her A levels. She completed her A levels and enrolled with Oxford Brooke University to do her foundation followed by a law degree course. She did her degree from 1999-2002 and qualified in Law with 2nd class honours. She then proceeded to Lincoln’s Inn, London, to do her Bar Vocational Course from 2003-2004 where she got very competent results. Selvarani was accepted to King’s College to do her Masters in Public International Law from 2004-2005.

Her work experience included working at the United Nations HQs New York from June – September 2003 as a legal intern officer. She did research on international treaties and conventions ratified by the UK. She attended and reported on meetings and deliberations of the special committee on decolonisation during 2003 General Assembly session. She also attended meetings of the Security Council and General Assembly. She came back to Malaysia in October 2005 and was admitted as an Advocate & Solicitor of the High Court of Malaya in 2006. She last worked for Kumar Hashimah and Co, until she left it on 12 June 2007 in anticipation of joining ICRC Malaysia.

From January – March 2003, she worked with United Nations HQs in Geneva as a part time monitoring and research interns officer. She attended and summarised reports presented by member states of the International Committee on Elimination of Racism and Discrimination. She worked as a part time legal interns officer with Human Rights Watch in Geneva from November 2002 – February 2003. From September 2002 – January 2003, she worked as an interns claims officer with the United Nations Claims Commission Geneva. She travelled to Peru in March 2002 to work with cross cultural solutions Organisation as an international volunteer work placement participant. Selvarani has travelled extensively to many countries with her father who works for the United Nations.

She enjoyed working in the International Organisations and was very concerned about human values, especially as it affected women and children who were being displaced due to conflicts. She liked her legal work and was selected by ICRC Malaysia to be recruited as a legal officer from 2 July, before this tragedy happened to her on Sunday 24 June 2007. She leaves behind her father who was her main motivator, as he is a diplomat with the United Nations. Her mother Thavamani Ponniah (Rani) died in 1997. She has two brothers. Her ambition was to complete her Phd in USA and subsequently join the United Nations HQs in New York like her father. God bless her soul.