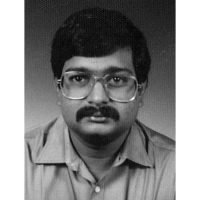 Born in lpoh, Krishna was the third of four children born to Mr & Mrs SS Aiyar. After finishing his MCE from St. Micheal’s Institute, he continued his studies in law at Buchland University in London and was called to the Bar at Lincoln’s Inn in 1978. On his return to Malaysia, Krishna chambered at Lewis & Co. He was admitted as an Advocate & Solicitor of the High Court of Malaya on 16 November 1989 and remained with the said firm as a legal assistant. In 1980, he partnered Saseedharan Menon to form their own firm. He left the said partnership in 1995 to set up his own firm under the name and style of S K Aiyar & Co.

Krishna was a passionate Advocate and loved to appear in Court. His specialty was in land matters, and he had a keen interest in constitutional law. He was also an avid badminton player and had been involved with the KL Bar Committee and their activities.

Krishna was a good friend to most who knew him. He could never say no to anyone and obliged them at any hour of the day, both professionally and personally.

He married Shoba Shanker in 1988 and had two sons, Sreeman and Umesh. He was a family man who always took an active role in domestic chores like cooking and cleaning. He played an important role in the formative years when the children were growing up by feeding, bathing and reading to them.

He was a man of honour and discipline both professionally and personally but also had a zest for the good things in life. His demise was deeply felt by his family and friends. He was indeed a true man and a friend to all.

Written By,
Family of the late S Krishna Aiyar