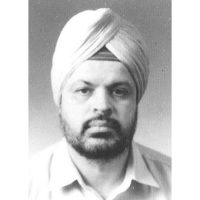 Ranjit Singh s/o Najar Singh was born on 6 September 1945 in Penang. He had both his primary and secondary education at the Methodist Boys School, Penang.

Ranjit joined the Kuala Lumpur High Court’s work force as an interpreter in 1965. Six years later, he married an angel, Gurcharan Kaur. God Almighty presented him with three sons, whom he went on to name Karamjit Singh, Ravinderjit Singh and Kalvinderjit Singh.

A year later, he joined the Petaling Jaya Town Board as a prosecuting officer. At the same time, Ranjit, was doing his Law degree externally. For two years consecutively, he came out top in the whole Commonwealth. In 1976, he sat for his Finals at Lincoln’s Inn in London and was again awarded “The Best Commonwealth Student” for the third time with a prize money of £150. He was called to the English Bar and admitted as a Barrister.

After his return to Malaysia, Ranjit chambered with Nik Hussain & Partners. He later moved to Zain & Co. Finally in 1979, he started his own practice under the name and style of Shahinuddin & Ranjit. The firm is still open today.

Ranjit was hardworking and honest. Always truthful and never judgmental. His work was his pride until… a dark and dreadful night on 30 April 1990 on which he left his family and friends suddenly, without even a goodbye. Now, 12 years later, he is still remembered by his colleagues, not only as a person but also for his dedication to the law.

Written By,
Family of the late Ranjit Singh (Year 2002)