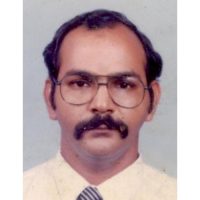 In life we meet many people. Some we forget in a while and some we remember for a short time. Ramasamy Shanmugam was not one of those people. He was a man who stamped his mark on every life he touched. Originating from Kulim, Kedah, he was the eighth child among his siblings and also the youngest. He lost his mother at the age of 7 and lived with his father for most of his schooling years. When he began his secondary education, he enrolled at Sekolah Menengah Sultan Badlishah and he began to move around living with his sisters and brothers making him the most loved among them. He later moved to Sekolah Menengah St.Patricks, Kulim.

Ramasamy Shanmugam never considered law in the early part of his life and went for training as a Laboratory Assistant at the Institute for Medical Research (I.M.R.) in Kuala Lumpur and once he received his G.C.E., he began working as a Laboratory Assistant in Jabatan Rancangan Pembasmi Malaria in Johor. During this time he was convinced by his late brother who was a Tamil school teacher to pursue a career in Law.

Armed with nothing more than his bravery, Ramasamy Shanmugam left Malaysia to Manchester, England. He enrolled at Manchester Polytechnic to pursue and obtain a Bachelor of Arts degree majoring in the field of Law. His time in England was filled with wonders and hardship. He worked in a Pub as a waiter/bartender to make ends meet. He was also the designated cook in the apartment that he shared with his friends. His Bulls Balls curry is still spoken about till this day by his friends.

While all this was going on, he did not forget his sweetheart, Chandara Devi. Letters of love and concern were written and mailed in the old conventional method to each other to keep their fire burning. Before leaving, he made her a promise that once he was back on home soil she was going to be his lifelong companion. And true to his word, he married Chandara Devi a/p Ramasamy (yes, he and his father-in-law had the same name).

He successfully completed his B.A (Law) and returned to Malaysia in 1983. He then completed his Certificate in Legal Practice (Malaysia) in University Malaya 1984. He chambered at Messrs Pasupathy & Co and was called to the Bar on 28 September 1985. He opened up his own firm Messrs Ramasamy & Co in 1986. He brought in his wife to be his secretary and to help him with the office work. He was a loving family man. He dedicated a room in his office just for his kids to be in and taken care of. This ensured that his family was by his side at all times. Even with a baby-sitter, he wanted the kids at the office.

As a Husband, he made a point to make sure no matter where in the world he was at night, he would be home for dinner to eat what his wife had prepared. As his children grew up, never once did he lay his hands on them to discipline them. He always sat them down and spoke to them as if he was speaking to an adult. This was one of his policies in life, Never Hit the Kids. Because of his loving nature, his children loved him. While growing up, his children looked up to him as their hero. If there was any problem that they faced, he would smile and provide the comfort that one would never think existed.

He never condemned his children or ever got angry at them. Whereas the world would not dare disobey him, his kids could get away with murder with him. His eldest would testify that when exams came around, his dad would just say do your best and just pass it. Never once did he pressure his kids or force them. He always told him that what you are as a person is never what you are on a paper. And he made sure all three of his children were streetwise. Understanding the world was important to him. He wanted his children to know what the world is like. He did his utmost best to shield them from harm and when they were in trouble he would walk in and the problem would just disappear.

He was respected in his profession as a criminal lawyer. A darn good one at that. It was his passion and his playing field. When he was in Court, he was untouchable to his family. It was a majestic man fighting in a battle. He, without knowing, was moulding his children in his shape. Constructing the future by making examples. His passion rubbed off strongly on his youngest with her starting her first year in Law now. He was there every day till the day he left this world guiding her.

Not many sons can say their dad would pour them a glass of beer and have conversations that would make even the best of friends seem second but Ramasamy Shanmugam did. He never introduced his son as his son but his friend. And in later years, people failed to recognise his son and assumed he was indeed with a friend! He was indeed his son’s best friend. His children could tell him anything and there would be no judgement from his part. Even his friends never understood the bond he shared with his kids and wife.

He was so carefree and happy that he would light up the most mundane function with his antics. He would sing love songs to his wife in public making her blush and hide and he would dance and just show the world how to have fun. Even as a son-in-law, he made sure the kids visited the grandparents every week. He would take them there leaving them to play and do gardening for his in-laws and helping with other chores. He was never one to shy away from his responsibilities.

When it came to his religion, he was a chameleon. He would blend into any crowd and you would notice him. He was so well read that he could spit the contents of any religious book and preach the preacher. Something many love about him. When the world crumbles, Ramasamy Shanmugam would have been the man sitting in his front lawn holding a can of cold beer saying “All good things come to an end, so let’s just enjoy it while we have it”. Everyone looked up to him because of how he carried himself. He could make the hardest of people melt and love the loveless.

His memory was one of an elephant. He would go to Court with one piece of paper and recite 5 different books in Court. He could recollect precedents to the page they were printed in missing maybe one word. To his family, he was the marvel superhero for a lawyer. Even after meeting with an accident and losing his right leg, Ramasamy Shanmugam went to Court and walked the walk to do his job. Never deterred by misfortunes and never deterred by failure. He rose up over and over to show the world what a man he was.

An ardent football fan, he instilled in his family the support for his favorite team Manchester United. Incidentally the night before he was admitted in the hospital, he watched his last ever United game while making Deepavali biscuits with his family. To many, this memory would be painful and sorrowful. But to his family, he thought not to look at the downside but to realise that it was one of his last moments with them and to remember he was with the people he loved the most doing what he loved the most.