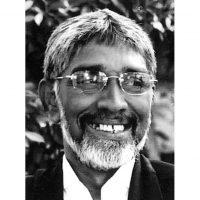 Mr Ramalingam Thanni Malai, my father, has returned to our Father in Heaven on the 1st December of 2011. He was a beloved husband, father and friend. Coincidently, the 1st of December a decade ago was also the date that my dad was admitted and enrolled as an Advocate & Solicitor of the High Court of Malaya. He was dedicated to the law profession, often reminding everyone that law was not just spelled out in language but expressed within a context to which it was intended to serve: “the spirit of the law is as important as the letter of the law”.

He was a lawyer that often served the poor, the needy and defenceless, sometimes even at the expense of his own self. It was his way of giving back the blessings that he had received, an opportunity to practise law. He took up law after deciding to take early retirement from the teaching profession; it was his passion for both teaching and for law that gave him the desire to educate everyone he came into contact with. The way in which he explained, translated and transferred his knowledge of the law, impressed onto everyone that law is not only based on moral standards, logic, good rationale but is also philosophical and spiritual in nature.

He had an extraordinary ability to crystallise and distil a complex and complicated situation or scenario into one key point of contention, observation or agreement, serving justice in simplicity. It was because he was trying to simply serve justice. Justice was his purpose as a lawyer. Justice was not just a possible consequence at the service of law but an existential reason for the profession. It was not meant to be up to interpretation but to serve the truth, understood by all: Common law for Common people.

Mr. Ramalingam Thanni Malai, we will remember him for the way he lived and practised law, a passionate and compassionate lawyer. May God have mercy and grace on his soul, so that he rests in peace.