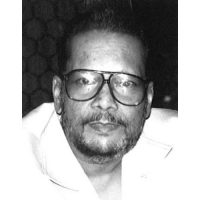 R Ponnudurai or “Ponnu” as he was fondly referred to, was born in Kuala Lumpur on 9 March 1935. His father, the late Mr T Rajendra, was a prominent lawyer who founded the law firm of Rajendra and Teik Ee with the late Mr Khoo Teik Ee. This firm had the distinction of being the first all-Malaysian set-up at a time when legal practice was still very much dominated by expatriate-owned firms.

Ponnu was eager to follow in the successful footsteps of his father and although he completed reading for the Bar and the requisite pupillage, he had to wait to be admitted and enrolled as an advocate and solicitor as he had not obtained the age of 21.

Since admission, he practised with his father at Rajendra and Teik Ee, and within a short period, he established a name for himself in trial work. Although his fame was in criminal law, he was one of the pioneers in developing our Industrial and Administrative laws. He was equally active in company and civil litigation.

A perusal of the MLJ will show the wide spectrum of his areas of practice. Ponnu appeared in numerous cause celebre, both civil and criminal, of his time: He is probably best remembered for defending lecturer S. Karthigesu in the Jean Sinappa murder trial which gripped an entire nation back in the late 1970s. His fame was such that an unprecedented step had to be taken by having to insert his name within parenthesis to the firm’s signage!

Ponnu was a highly respected and popular member of the Bar with a well earned and well known reputation for his integrity, courtesy, kindness and for encouraging, guiding and advising younger members of the Bar. He was also generous to a fault, and was particularly known for representing clients who could not afford to engage solicitors, at his own expense, long before legal aid was officially introduced.

As one who thrived in the company of his peers, Ponnu was very involved in Bar Council activities. He took a keen interest in sports, especially cricket, which he played since his school days at Victoria Institution. He pursued this passion by continuing to play cricket for the Bar and was a regular participant at the annual Malaysia-Singapore Bar and Bench Games. This was an event he thoroughly enjoyed and participated in every year, for both its sporting camaraderie as well as the opportunity it presented to “catch up” with old friends.

His contemporaries and friends in the legal profession will undoubtedly remember him as a vociferous and jovial man who enjoyed a hearty laugh as much as he did a good argument. In every sense of the word, Ponnu was a true gentleman of the Bar and a beacon of the profession.

He is survived by his widow, 3 daughters and a son, Anand, who is also a member of the profession.

His untimely demise on 1 June 1992 deprived the Bar of one of its Princes and he is deeply missed.