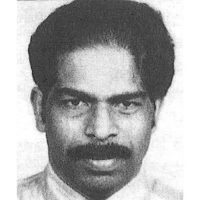 The late Philip Adolphus was born on 30 July 1937 and was the eldest son in a family of five. After completing his education here in Malaysia, he went to India to the University of Madras and obtained a Bachelor of Science degree in 1963. He returned to Malaysia and did a one-year course in University of Malaya and obtained a diploma in Education in 1966.

Philip started his career as a teacher in the Methodist School SentuI in 1963 before joining Setapak High School in 1966. He was a very successful school football coach taking his team to numerous State Championships during a span of 22 years until his optional retirement in 1988.

He went on to pursue his lifelong ambition to be a lawyer and obtained his LL.B degree in 1990 and his CLP in December 1993. He was admitted as an Advocate & Solicitor of the High Court of Malaya on 7 February 1995. He started his own firm under the name and style of Philip Adolphus & Co. in March 1995. On 1 August 1997, he went into a partnership under the name of Norhayati Philip & Associates, but the partnership was dissolved in June 1999. Nevertheless, he continued to practise as sole proprietor until his untimely demise on 22 November 2000.

Philip was awarded the AMN in 1988 and was the Chairman of the Jalan Haji Hussein MIC Branch for almost 15 years. He was also a pioneer in private education and started the MIC law classes before founding Institute Philip, a private law college that has produced a good number of practising lawyers to date. Philip is survived by his wife, Madam Elizabeth Mary and son, George Gerald A Philip.

Written By,
Family of the late Philip Adolphus