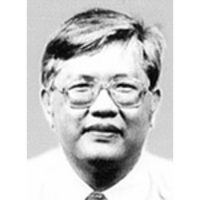 Phang Ah Hee was born on 27 August 1956 and received his primary and secondary education at the St Michael’s Institution, Ipoh. He did his sixth form at Kolej Tunku Abdul Rahman and excelled as the top scorer in the Art Stream in 1976. He studied law at the University of Malaya and being a brilliant student, was awarded the book prizes for the years 1978 and 1979. He graduated and was awarded a Honours Class II (Upper Division) for the degree of the Bachelor of Law in 1981.

Upon graduation, from May 1981 to August 1984, he worked as a Deputy Public Prosecutor for the Judicial and Legal Service, Government of Malaysia and during this time he also tutored part-time at the Faculty of Law, University of Malaya. He chambered under Manjit Singh Sachdev from September 1984 to March 1985. On 30 March 1985, he was called to the Malaysian Bar. Thereafter, he started his own practice under the name and style of Messrs Phang & Co. He was basically a criminal lawyer but have a fair share of conveyancing and litigation matters. In 1988, he was charged under the Official Secret Act and was imprisoned for four months. After his release, he was suspended from practice for 15 months and thereafter he applied to be reinstated and had since practice until June 2006.

He was admired and respected by all who knows him for being very well read, his rich knowledge of law, sincere and humble attitude, but most of all, his guts in fighting cases all the way. He always goes to Court fully prepared. He unselfishly shared his knowledge of law whenever he was approached by his fellow lawyers or anyone else. Being able to speak the Thai language, he was approached by the Thai Embassy to represent the Thais whenever required.

Phang, as he was fondly referred to, was a hot-headed man and loud spoken in Court but in real fact, was a quiet and loving father and husband to his sons and wife. He cared and provided well for his family and instill in his eldest son a strong interest in law. Unfortunately, he did not live to see or he would have been extremely happy that his son is now studying law in the University of Malaya.

On 23 June 2006, Phang was involved in a freak accident which injured and broke his spinal cord. He underwent a surgery three weeks after the accident but died five days later of complications. He passed away on 12 July 2006 at the age of 49 survived by his wife and two sons. His death shocked his clients and friends.

His passing is a great loss and his memory will forever be cherished by his family and friends. He is sadly missed.