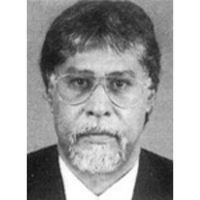 Pertaf obtained his Bachelor of Laws (Honours) Degree from the Polytechnic, Wolverhampton, United Kingdom. He pursued the Certificate in Legal Practice and obtained his CLP in 1987. Thereafter, he proceeded to read in Chambers at Chong Thian Fook & Partners and was called to the Malaysian Bar on 26 January 1989.

In 1991, he set up his own law firm under the name and style of Pertaf & Associates.

Pertaf was diagnosed with lung cancer in October 2003 and passed away a year later on 16 October 2004 at the age of 49. He leaves behind his beloved wife and two children, 12 years old Elisha who is totally disabled and Bhaalhesh, 6 years old.