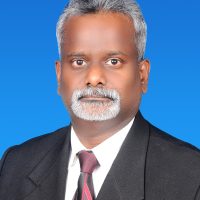 Upon completion of his secondary education, His ambition was to become a teacher but to study he needed to work to support his financial needs. he commenced his working career as an office boy and subsequently as a clerk in a legal firm known as Ram, Rais & Yap. Later, he was promoted to a filing clerk where he gained experience in filing procedures. He left the said firm to join D. P. Vijandran & Associates as their conveyancing clerk where he gained experience in conveyancing matters and the procedures thereto. Later, he was also given the responsibility to supervise the Litigation Department. Thereafter he became the firm’s chief clerk. His time working there made him draw and fall love in with the legal profession, he continued as a chambering student at the same firm.

In January 1999 He started his pupilage by reading in the chambers of D.P. Vijandran of D.P. Vijandran & Associates during which period he gained extensive exposure and invaluable experience in wide areas, in respect of civil litigation, criminal practice, corporate work, and conveyancing.

He was admitted as an Advocate and Solicitor of the High Court of Malaya on 22 October 1999 and with his vast experience within the legal circle, he immediately decided to set up his own practice which he did on 1 November 1999 named Raj & Co, both husband and wife ran the business at its initial stage. He was appointed as the Notary Public with effect from 18 November 2014 and was continuing till he passed.

He was appointed as Commissioner for Oaths on 15 December 2008 and was continuing till he passed.

He was the legal advisor for various corporate companies, including two foreign companies.

He has appeared in all courts in Peninsula Malaysia, including the Federal Court and the Court of Appeal, the highest courts in Malaysia. Some of the cases where he appeared, and his firm was on record are reported in the journals.

Another side of Raj that not many have seen, he was very caring, and his family was always in his mind. Wherever he goes he will bring his family. He always helped the people who sought for him and asked help, I have never seen him say no. This applies to his Clients, Friends, and Family. He was always there when we needed him, always the first.

In raising his kids, he was firm and very strict, there were many dos and don’ts, however, he never scolded or raised his hands towards them. He was very loving and wanted to give the world to them and he did. Whatever struggles he faced when he was young, he did not want that to happen to his kids. After they had grown up, he was always there, put his arm around their shoulders, and treated them as a friend rather than a father. He made jokes with them, who knew he had a comedic side to him. Always cracking jokes and filling the environment with laughter.

To Dad and Loving Husband

Years may pass, the memory of you will not,

I hold you close to my heart, losing you I never come about,

Searched high and low for your face, I’m afraid it was not just a phase,

You were my clan, but God have another plan,

We were on our knees, he never hears our pleas,

Your voice I seek, why you don’t speak,

What is love, I sent to heaven thousands of doves,

What is this pain, till we meet again.