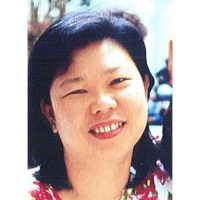 Noeline Lei Lin Cheah was educated at the Anglo-Chinese Primary and Secondary Schools in Sitiawan, Perak, Malaysia. Noeline obtained her M.C.E. in 1977 in Sitiawan and completed her A Levels, secondary education at St James and The Abbey at Malvern, Worcestershire, England in 1980.

Noeline graduated in Law, B.A (Hons) at North Staffordshire Polytechnic at Stoke on Trent in 1983, was admitted into the Honourable Society of Lincoln’s Inn and was called to the Degree of an Utter Barrister on 26 July 1984.

Noeline’s legal career began in the office of Messrs V.P. Nathan and Partners where she worked as a legal assistant for 3 years, specialising in civil litigation.

In 1988, she joined the firm of Messrs Soo Thien Ming and Shahrizat. Her portfolio included litigation, conveyancing, insurance and banking. Noeline later joined Chong and Harcharan in 1991 for 2 years.

Noeline left an indelible mark in her career as a litigation lawyer and earned the utmost respect from fellow members of the Bar.

Noeline was an active leader in the Wesley Methodist Church in Kuala Lumpur. Her commitment to her faith was reflected in her involvement in many church projects and charities. She was a member of the Local Church Executive Committee in 2006 and 2007 and Chairman of the Church Food and Fun Fair in 2007.

Noeline represented the Church on missionary trips to Nepal under unfriendly political and environmental conditions.

Noeline was a competent sportswoman and on many occasions represented the Bar in Netball.

Her passion for performing arts was reflected in the Selangor Philharmonic Society Church Choir, Methodist Minstrels and the musical “Mikado”.

Noeline was well loved by her family and friends who will sadly miss her generosity, kindness and girlish charm.

Noeline is survived by her parents, sister and family.