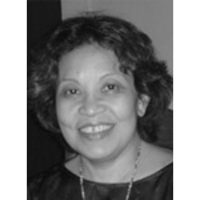 Nik Mariah was the youngest child of the late Yang Bhg Tan Sri Nik Ahmad Kamil, the former Kelantan Menteri Besar and speaker of the Dewan Rakyat. She was also the sister-in-law of the late Justice Tan Sri Harun M. Hashim.

Nik Mariah read law at the Honourable Society of Lincoln’s Inn, London and was called to the English Bar in July 1971. After completing three months of post practical training in London, she returned to Malaysia and chambered at Messrs Shook Lin & Bok, Kuala Lumpur. She was called to the Malaysian Bar in 1972 and thereafter practised with Messrs Zain & Co in Kuala Lumpur until 1976.

In November 1976, she married John Eyton, a Scotsman. In February 1977, Nik Mariah and John moved to London. In 1981, they relocated to Newcastle on Tyne. Nik Mariah worked in the Legal & Administration Department of North Housing Association. Later she joined the Legal Department of Newcastle City Council. During this period she qualified as a Fellow of the Institute of Legal Executives in 1994.

Nik Mariah was a pioneer of sorts because not only did she pass her Bar exams first, she subsequently obtained a degree in LL.B Hons and also the Certificate of Legal Education whilst she was staying and working in the UK. Usually this would be done the other way around. She was also not only the 2nd generation lawyer of her family but also the first Malay woman private practitioner at Zain & Co. in 1972.

On her return to Malaysia in August 1995, Nik Mariah commenced legal practice at Messrs Abdullah A. Rahman & Co in Kuala Lumpur from September 1995 until December 1997.

Nik Mariah was especially blessed because not only was she born into a privileged family but she herself was part of a special family of her own with her husband John and children Suzanne and Alex. As a wife and mother, her family doted and fussed about and adored her. This was evident as during her long illness they tended to her every need without hesitation and full of compassion and love.

She was a quiet and dignified person, never prone to utterances or sensationalism. Anyone who dealt with her would have been impressed not only by her professionalism but her warmth as a human being.

Nik Mariah was a class act. She brought a touch of dignity and decorum in her dealings with not only fellow members of the Bar but also with clients and her staff. Her easy manner and soft smile will be especially missed.

Nik Mariah was from the old school. Giving courtesy to your opponents, clients and fellow human beings was second nature to her. She was always conscious that being a good lawyer was not enough if you were also not a good human being. All of these traits she exhibited during her practice.

The Bar may have lost a wonderful member of its association, however her family has lost an irreplaceable wife, mother, aunt and sister. We pray that her soul will rest in peace as she was a wonderful person who touched our lives especially with her smile and gentleness.

Written By,
John, Suzanne and Alex Eyton, Nazhan and Shan