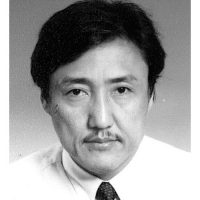 He returned and read in the chambers of the late Mr. Ronald Khoo of Messrs Shearn, Delamore & Co. After being called to the Malaysian Bar in 1979, he joined Messrs Chew & Co. as a legal assistant to commence his professional career.

He was active in the affairs of the Bar, serving as a member of the Disciplinary Committee Panel from 26 February 1996 to 25 February, 2006, during which time, he willingly accepted all assignments without fail.

It was during that brief association in Shearn Delamore & Co. that prompted him to enlist me, a year after our short sojourn into our initial years of practice, to venture on our own under the name of Ng & Ong. It was him who financed the set-up cost and thereafter developed the clientele which deed I forever appreciate when looking back at the success record of the firm.

Yeong Lee had always been in his flambuoyant style and was most friendly, generous and helpful with his circle of friends. To me as a partner of the firm, I value him more of his honesty, tireless effort and meticulousness in undertaking his assignment.

We were often asked as to the secret of our ability of keeping together for these long years as partners. He would just laugh it off. But to me, I believe that it was the above element, in particular his honesty and our mutual realisation of having to share both the burden of work and the benefit derived which was the glue to our long relationship.

His death brought shock not only to the firm’s staff, but also to his clients and friends both local and overseas. I reckon I would not be overstating my grief as a partner and personal friend as no less than that felt by his beloved wife, Madam How Yoong Yoong and their only daughter, Miss Ng Yi Wayn.

May he rest in peace.