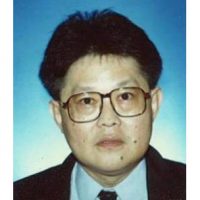 On 5 March 1947, Mr. Ng Kon Moy and Madam Chong Jin Fah rejoiced in the birth of their first born and named him Ng Fook Loy. He is our dad. Always a loving and dutiful son; respectful and grateful to his parents. He showered them with love and attention into their winter years. This virtue we witnessed and will emulate.

Dad was a student at Pasar Road Primary School followed by 7 years with “the boys” at Victoria Institution Kuala Lumpur. He credited his school masters, teachers and schoolmates for all the positive influences. He remained in contact with many of them and their friendships lasted his lifetime. He had the privilege to serve in one of the committees of the Victoria Institution Old Boys Foundation.

Tertiary education was an adventure for dad. It began when he boarded a French cargo ship sailing from Singapore to Marseilles (France) with ports of call at Madras, Bombay, via the Red Sea and Suez Canal into the Mediterranean Sea, landing at Marseille; then continuing on land across France and the English Channel to England; the target destination being to read law at Lincoln’s Inn. A detour through London casinos, “socialist” rallies fashionable at that time and other social distractions took him longer than most students but finally was admitted as a Barrister-at-Law by the Honourable Society of Lincoln’s Inn in 1977. Some would term that period of his life as his lost years, but he considered them valuable years and humbling lessons in the University of Life. Dad related all these events with gusto made more vivid with supporting photographs. He introduced to us many of his friends: the likes of Zhou Enlai, Winston Churchill, Lord Denning, Mother Teresa, poets and philosophers; friendships developed through his avid reading habit of myriad history and literature books and biographies.

He read in the chambers of Allen & Gledhill Kuala Lumpur. Called to the Bar in October 1978, his professional career as a legal assistant began at Zain and Co, continued in Abdul Aziz Ong & Co, and Aziz & Mazlan, before establishing his own practice under the name of F.L. Ng Dan Rakan-Rakan and later renamed F.L. Ng & Jailany. During his lifetime of practice, passion with the rule of law and justice was evident. He also had the opportunity to serve in the Disciplinary Committee for the Advocates & Solicitors Disciplinary Board.

Dad often remarked that his journey through life had been enriched by many humbling experiences; punctuated by tricky challenges but always grateful for the support of loving parents, siblings, wife and children and so many caring schoolmates and friends. He hoped he had reciprocated with enough love for each and everyone he had encountered. Always a loyal and reliable friend, integrity and gratefulness were the cornerstones of his life.

To those who have met him or know him well, we thank you all for being a part of his life. We know it meant a lot to him because he told us so.

In year 2000, dad invited Lord Jesus Christ into his life, and on 27 November 2011 an angel came and called dad’s name, took him by the hand and led him into His warm embrace; blessed be the name of our Lord.

We will always remember dad for his affection and devotion to our mother, his conscientious dedication to his role as our loving father; his hearty laugh, his quiet smiles and reassuring voice “work hard and play hard”, “go seize the moment” and the “world your oyster”.

He has set the example of what a good son, husband, father and friend should be.

There is so much we didn’t get to say,
But we know you are never far away.
Today and tomorrow our whole life through,
We will always love and cherish you.

Written By,
All 3 children of Ng Fook Loy (Thomas)