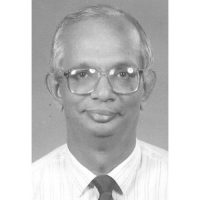 The late Murugappan Manickam (referred to as “Muru”) who was born in the small town of Sungai Petani, Redan, was a well-respected man within his community and network of friends. Having started an early career as an accountant after graduating from the Perth Technical College, Australia in 1960, he joined the Income Tax Department in Alor Setar for a short period. Within a year, he left to become a lecturer at the then Mara Institute of Technology in Petaling Jaya. It was here he met his wife, Devi, who hails from Klang. They have three children; two boys, Palani and Selvam, and a girl, Revathy.

Never satisfied in the pursuit of knowledge, Muru enrolled himself in the external LL.B program and was the only foreign student who passed the final exams in a single attempt back in the late 60s. Upon completing this program, he joined Bank Negara in 1969, fast climbing the corporate ladder and moving from Bank Negara to United Asian Bank as the Deputy General Manager, but not before a short stint at the National Land Finance Corporative Society (“NLFCS”).

Muru was also very much an achiever in other spheres. A member of the Rotary Club since the early 70s, he formed the Rotary Club of Damansara on 30 December 1980. Having served as President of the club for two terms, he set the tenor and nurtured the club as one noted for its fellowship and fun loving members. Muru was also a voracious reader, prolific writer, and a warehouse of wit and wisdom. He served as the Damansara Bulletin Editor for the Rotary Club of Damansara, which won several honours and citations for the club. His caricatures, cartoons and aphorisms under the pseudonym “Damansara Philosopher” won several accolades from many District Governors and culminated in the publication of the booklet “Jest Rotary”.

Muru was also very much involved in social work. A member of the Persatuan Pure Life since November 1978, he held the position of Honorary Secretary to the Management Committee from 1979 to 1982. As Mother Mangalam said, “Though a man of much practical wisdom and firm convictions, he moved amongst us with humility”.

Besides the above, Muru was also involved with the Klang Lodge, in which he was initiated in 1977. He took an active part in Lodge affairs for a number of years until he made a complete switch in careers from banking to the law. He went on to practise law privately, taking over an established firm.

Muru was also a speaker on radio for the Tamil legal program “The Law and us”.

Muru will always be missed by his family and those close to him.

Written By,
Family of the late Murugappan Manickam