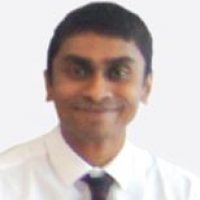 The first thing that strikes you about Zayd is his smile. His infectious smile belied whatever challenge he faced at work. No complaints, no grouses… and that made Zayd warm and welcoming. He made every challenge look like a rainbow – that every difficulty would, in one way or the other, culminate in a pot of gold.

In fact Kalaiarasan Rasadurai (Kalai), a colleague and friend, reminisces, “It was Zayd’s signature smile that made us feel welcome, especially when we needed advice on a piece of work. He was not only a colleague, but a good friend and a brother who will be remembered forever.”

Zayd was born in Kuala Lumpur on 24 June 1985. He graduated from the Islamic International University Malaysia, and completed his pupillage in ZUL RAFIQUE & partners. After being admitted to the High Court of Malaya on 30 April 2010, he took a hiatus from legal practice for a couple of years, and joined the Judicial and Legal Service. He returned to ZUL RAFIQUE & partners in 2012 where he joined the Dispute Resolution practice group.

Mariette Peters, his colleague, still remembers the first time she met Zayd. “That must have been close to 10 years ago when I interviewed him for a pupillage position. He literally brightened the room with his grin and, no matter what mood you were in, it was difficult not to smile in Zayd’s presence. But I was struck by his quiet and unassuming intelligence, and his quick, sharp witty answers. There was no question of Zayd’s quest for knowledge.”

Similar sentiments were echoed by colleague, Thaya Baskaran, “Zayd was a lawyer who was passionate about the law. Apart from his work, he also wrote commentaries and articles on the law. He will be fondly remembered and dearly missed.”

But as Zayd gained seniority in the firm, he also gained mentoring qualities and was generous in imparting his knowledge to those junior to him. Lawyers who looked up to Zayd for guidance include Esther Tan (Esther), Kalai and Kevin Nathan (Kevin). Esther remembers Zayd being especially helpful to junior lawyers, whilst both Kalai and Kevin will never forget how patient and kind Zayd was, in showing them the ropes in legal practice. They say, “Zayd, in his usual selfless way, always made time to guide his junior colleagues, no matter how busy he was.”

Many may have remembered Zayd as possessing skills of an outstanding lawyer, but close friends, remember him as a dear friend, more than anything else.

Suhanthi Sivanesan, a longtime friend and colleague has countless memories of Zayd: “The long conversations we would have after work at our favourite hangout will always be some of the best memories I have of Zayd. Although those good times are gone, I still cling to them and cherish them immensely. Zayd cared about the people around him and his concern was genuine. You cannot forget someone like that, especially one with such qualities.” As another friend and colleague, Susan Tan Shu Shuen, describes the impact Zayd had on some lives. “Some people come into our lives and leave footprints on our hearts and we are never ever the same.”

There were several facets to Zayd’s character, but whichever facet you chose, it was warm, fuzzy and comforting. Kuhendran Thanapalasingam, colleague and partner in charge of the department that Zayd worked in, sums it aptly, “I am not able to say exactly what it was that drew people to him – he was simply well liked by all. Although we had a party for him just the week before his passing we could not have imagined that to be a last farewell. The Most Painful Goodbyes Are The Ones That Are Never Said And Never Explained.”