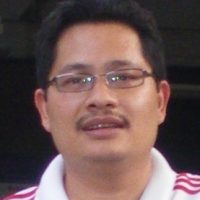 Mohd Rezal Bin Haron was born on 30 December 1975 in Kelantan. However, Malacca was his home town. He received his primary education at SK Kesang Tua, Jasin and went to Sek Men Agama Al Ihsan, Kuantan for his secondary education.

After his SPM, he went to the International Islamic University and graduated in 2000. He was admitted as an Advocate and Solicitor of the High Court of Malaya on 17 May 2001. Allahyarham had started his practice at Messrs Zainul Rijal Talha & Amir. Allahyarham then joined Messrs Noorhuda & Partners in the year 2002 as a Partner until his demise on 9 September 2009. Allahyarham was very committed to his work.

Allahyarham found his love in 1997 and tied the knot with Nur Haili Binti Mat Amin on 10 February 2002. He was blessed with 3 sons, Mohammad Daniel Iskandar (2003), Adam Harris (2005) and Ra’ees Nawfal (2008). Allahyarham was a very loving, caring and responsible husband and father. He was also funny, fun to be with, always knew what he wanted and what he was doing. He was an intelligent and ambitious man. He was also a family man. Although he was busy with work, he would always try to be home for dinner though at times he would have to cancel dinner at home to meet his clients’ needs. However, weekends and holidays were always the time for family.

Allahyarham was very close and attached to me (his wife) and our sons. Losing him is like losing a star in our hearts. As a wife, life without him is like having no life at first but for the sake of our children, I managed to wake myself up. There is no word to describe how much I miss him. We were always together. Before, although he was busy and at times, he was home late, but then I knew he would be coming home. We might have been married for seven years but I was always eagerly waiting for him to come home, just like our sons. Weekends and public holidays were the days I would always be looking forward to because I would have him for the entire day. It was always a relief when he was around, even if he was just sleeping on the couch. His very presence would make me feel safe and secure.

It is different now. Sometimes I just wish that this was only a bad dream. But when I wake up in the morning, he is not there in bed by my side. I felt like I am losing the other part of me. My life is incomplete, like something is missing. Of course, he was the other part of me. He makes my life complete but he was now no longer here. The feeling of losing him is unbearable. It is very hard for me and also the children. Sometimes my children would cry calling his name. There are times they would just stare at their father’s photographs and watch video of him with tears. Watching my children cry makes me cry. And when they see me cry, they will stop crying. I think they are stronger than me.

I have invited Encik Mohd Shamikhairul Fadlly Samsudin, one of the lawyers from Noorhuda & Partners Kuala Lumpur, to write a few words about Allahyarham:

When I woke up from my sleep on Thursday (10.09.2009) morning, I realised that I have just lost my boss whom I have always regarded as my brother. He was the best example that I have ever met; a very hardworking and friendly person and sometimes people would not even realise that they were having a chit chat with the boss (managing partner) whom they thought was a legal assistant. He had never taught me how to become a successful lawyer but from his conduct in dealing with clients, the way he had managed the firm of Noorhuda & Partners (Kuala Lumpur) at the young age of 27 (in the year of 2002), it was more than enough to be my first move in continuing with what that have been left by him. I have never cried in my life, not even when I lost my grandfather, but this time, his demise had made me cried a lot; I do not know why, but I believe it is what we call true friendship. To me, Encik Mohd Rezal Bin Haron’s demise is a great loss to our firm. May Allah bless his soul. We will always miss you, Boss…