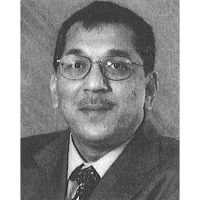 The late Mohd Maydien was born on 16 February 1952. He was admitted as a Barrister at Gray’s Inn in 1978. He read in the Chambers of Yang Mulia Raja Aziz Addruse and was admitted as an Advocate and Solicitor of the High Court of Malaya on 15 February 1979.

The late Mohd Maydien started practice as a legal assistant in the firm of Zain & Co. He was with the firm for about a year before joining Encik Zainur Zakaria to form the partnership of Zainur & Maydien. When the said partnership dissolved in 1991, he set up his own firm under the name and style of Maydien & Associates where he practised as a sole proprietor until his demise on 12 August 2001. He is greatly missed by his family and friends.