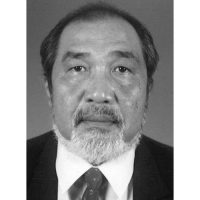 Mohd Akhir bin Mohd Desa was born in Changloon, Kedah on 6 June 1945. He received his primary education in Ibrahim School, Sungai Petani, Kedah. After completing his primary education, he proceeded to the Malay College Kuala Kangsar, Perak where he entered Form One and left seven years later with a Higher School Certificate after completing Sixth Form. While at the Malay College, he excelled in many sports, particularly in cricket where he represented the school in the inter-school games and Perak Malays in national cricket competitions.

With the Higher School Certificate, he entered the University of Malaya, Kuala Lumpur where he was conferred Bachelor of Arts in Economics and Malay Studies. While in university, he represented the university and the Malaysian Malays in cricket. After leaving the university, he tried his hand at a few jobs. Immediately upon graduation, he worked as an assistant manager in the French plantation company SOCFIN: first in its rubber plantation in Kuala Selangor and then in its oil palm plantation in Slim River.

It was during this time that he married his wife Puan Ungku Hanim Mohamad. She was to remain his lifelong partner. They were blessed with two children: Mohamad Ariff, born in 1978 and Arisha Hanim, born in 1984.

Plantation life did not suit him. After leaving SOCFIN, he enrolled with the Malaysian Association of Certified Public Accountants and articled with the accounting firm of Price Waterhouse with a view to qualifying as a Certified Public Accountant. After 3 years, he found the law more attractive than accountancy and in 1974, proceeded with his wife to London to study for the English Bar at the Honourable Society of Lincoln’s Inn.

He was called to the English Bar in 1978 and returned to Malaysia the same year. He served his pupillage in the firm of Zain & Co. He was admitted as an Advocate and Solicitor of the High Court of Malaya on 29 January 1980. After working for a while as a legal assistant in Kadir, Tan & Ramli, he left to start his own firm Mohd Akhir & Partners. As his experience as a lawyer grew, he became more active in the corporate world and sat on the board of many companies including public listed companies. Recognising this, the Kedah State Government invited him to sit on the Board of Perbadanan Kemajuan Negeri Kedah and many of its subsidiaries.

Even the busy practice did not keep him from his love for sports, especially cricket where he represented the Royal Selangor Club and the Kuala Lumpur Bar. When his eyesight began to fail, he decided to give up cricket for a more sedate sport: golf. Being a natural sportsman he also excelled in golf. He represented, among others, the Kuala Lumpur Bar in golf in its annual games.

In early 2001, at the prime of his life, he discovered he had cancer. After surgery to remove the cancer in April 2001, he endured many follow-up treatments but remained optimistic and cheerful. He fought the illness valiantly. He always had a very positive outlook on life. Sadly, he succumbed to his illness and was called to his Maker on the Ramadan evening of 13 December 2001. He is sadly missed by his family, friends and colleagues.