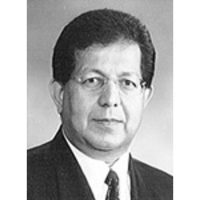 Mohammad Nasir bin Abdul Khalid who has passed away age 59 was a generous “bon viveur” who had an easy style about him but was never one to procrastinate when at work or in dealings he had outside his practice. He abhorred tardiness. Naturally, many endeared to him with ease.
A product of Penang, he received his early education at the Methodist Boys School. He then attended University Malaya to read Economics and Business Administration but after a fashion, decided it wasn’t for him. He left for London to read law at Lincoln’s Inn and was called to the Bar here in 1974.

Nasir’s career in the law wasn’t confined to legal practice only. Having chambered and then worked for Allen & Gledhill in both Kuala Lumpur and Penang, he then did short stints in Kuantan with Messrs Au Ah Wah & Co and back in Kuala Lumpur with Messrs Megat Najmuddin & Leong before seeking wider legal experience in the corporate arena by joining Diethlem, the well known Swiss trading house and then Antah Holdings as legal advisor.

Eventually, Nasir was to return to private practice in 1983 by taking up partnership with Tay & Tee ( as they were then known ) at Wisma Shen in the Masjid India area of Kuala Lumpur. Later, having acquired a substantial interest in Ban Hin Lee Bank, he was appointed its Executive Director in 1990, working half the week in Kuala Lumpur and the other half in Penang. After disposing his shares in the bank, he returned to practice with Tay, Tee & Nasir in Brickfields in 1993.

Unbeknownst to most of his colleagues, he was appointed Chairman of the Industrial Court early last year. What would have been a fitting tribute that would have seen out his legal career, alas was not meant to be. Sadly, before he could report for duty, he lost his life to haemorrhagic fever. Nasir had been admitted to hospital for heart surgery, and there whilst recovering after a successful operation, had the singular misfortune to contract dengue.

A larger than life figure, Nasir made a wonderful impression on all who met him and his jovial manner never failed to gladden the hearts of those who cared to listen to his hilarious tales; and they were many!

He was an affable character who always had time for his friends and did not hesitate to lend a hand to whoever was in need be they family, friends or strangers.

Away from the Law, Nasir maintained a lifelong interest in motor sports and had participated in car rallying in the mid seventies and eighties. Sometime in the early nineties, he helped revive the dormant Superbikers Club Malaysia. It became his passion. He owned several bikes. From charging around the streets of Penang on his Uncle Husseini’s Norton during his secondary schooldays, Nasir graduated to organising and participating with members of the Club, super bike rides around the whole of Bali, Java, Sumatera, Sulawesi, Sabah, Brunei, Sarawak into Kalimantan, Thailand and even from Kuala Lumpur right through to Vientienne in Laos. Nasir was actively involved in organising the 3 Nation Charity Ride, an event held annually in either Thailand or Malaysia whereby Superbikers from Malaysia, Singapore, Thailand as well a further afield gathered and raised money for charity. It was quite a sight on the occasion in Ipoh to witness one thousand five hundred superbikes in one gathering, a feat for which he must have felt justifiably proud.

That he could seek the cooperation of many for a single cause, or persuade several parties to be ‘ad idem’ on matters where consensus was often difficult, was a skill that held him in good stead towards the latter part of his legal practice. He was often able to broker a solution without parties needing to go to Court.

Nasir came from a large extended family of twenty one siblings, many of them are successful in their own fields. He was especially fond of his father Encik Abdul Khalid and his Uncle Husseini S.M both of whom are now octogenarians. Often, he would seek their wisdom.

Nasir was a man of many friends, from the highest echelons of society to the least distinguished of people. He was liked by all who knew him. He will be greatly missed by his family, colleagues within the legal and business fraternity and the many ordinary friends with whom he was happiest.

He leaves behind four children Johan, Aishah, Laila and Jihan; their mother Noryah and Rosalind Kamis his widow.

Written By,
Colleagues and Friends