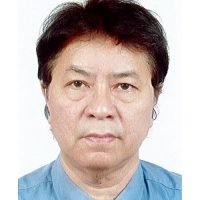 Mohamed Dato’ Mahbob, popularly known by his friends and family as ‘Bob’ was born on 23 January 1947. He was the only son of Senior Assistant Commissioner of Police, Dato’ Mahbob Bin Dato’ Ahmad, for a time Aide de Camp to several Yang DiPertuan Agong namely Terengganu, Kedah and Kelantan; and Datin Maimunah binti Said, a renown educationalist. His father served in several States, Kedah and Pahang to mention a few, bringing his young family, Bob and his sister ‘Mai’ Datin Maznah Mahbob with him. Being educated throughout Malaya, Bob finally settled in the Royal Military College in 1960 and on completion he went to London, United Kingdom to pursue his law studies where he graduated as a Barrister at Law from the Inner Temple in 1975.

Bob met his wife, Siti Amira Binti Haji Ahmad in London in 1968 and they married in 1972. She survives him, as does his four sons and one daughter who followed his footsteps in law by graduating with a LL.B (Honours) from Aberystwyth University, Wales in 2008.

Bob returned to Kuala Lumpur in 1975 to set up practice in the name of Bahari, Mohamed and Yong. Leaving practice in 1986, he turned to entrepreneurship for a couple of years. Bob delved into a variety of businesses including a theme park in Johore and property development. His love for the Law marked a return to practice with Mohamed Jargit & Partners in 2003. Bob kept to his two passions in law, litigation and conveyancing.

Bob was a man of integrity and humour, who would brush aside adversity with humour. He was an avid reader satisfying his thirst for knowledge through non-fiction books in wide ranging subjects from history, physics, religion, philosophy, psychology, economics and politics. It therefore should not be a surprise why he was such an interesting company and popular with all who knew him. Even those who have known him for a long time would not be bored thanks to his constantly fresh anecdotes and alternative points of view, always with a humourous twist. You knew you could always have a ‘good conversation’ with Bob.

His numerous weekly luncheon groups, from Old Puteras to fellow lawyers, would testify to his ability to ‘spin a good yarn’ with luncheons marked by uproarious laughter. This trait was shared with his late brother-in-law, Justice Tan Sri Abdul Malek Haji Ahmad. Both alumni of the Inner Temple, they would best be remembered for the ‘very British wit’.

Reputed for his enthusiasm, gusto and great love for food, Bob was a connoisseur of everything from Nasi Bryani Gam (which was his own speciality as a Chef) to a ‘good steak’.

Bob was a kind and decent man, generous to a fault, often misunderstood but never one to hold a grudge. His strength came from the Almighty, and even as his health deteriorated, he found solace in the message of his Maker. Within a few months his health worsened and he passed away surrounded by those who loved him. He was greatly loved by friends and family, in evidence by the sizeable turnout at his funeral.

So the next time you are laughing at a joke or enjoying a plate of rich Nasi Bryani Gam, remember Bob, who would gladly join you if he could.

May the Almighty bless his soul.