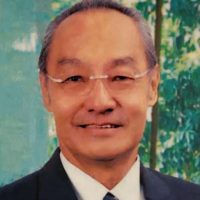 Michael Lim Hee Kiang was born in Singapore on 10 May 1948 to Joseph Lim Teik Chong and Elisabeth Chua Sai Choo. He grew up in Sarawak and subsequently took up Malaysian citizenship. He was married to Gan Mei Pieng and had two sons, Joseph Lim Hock and Jonathan Lim Soon

In 1969, he went on a Colombo Plan Scholarship to study in the Victoria University of Wellington, New Zealand. He graduated with a Bachelor of Laws (Hons) in 1972, followed by a Master of Laws (Distinction) from the same university the next year. He was admitted to the Supreme Court of New Zealand the same year.

In 1979, he joined the law firm of Shearn, Delamore & Co and was a partner of the firm for thirty years until he retired in 2010. He then became a consultant for the law firm of Jeff Leong, Poon & Wong until 2017 when his health began to deteriorate.

Michael Lim was one of Malaysia’s more prominent corporate lawyers, having launched and defended some of the biggest takeover fights in Malaysian Corporate history like the MUI takeover of Pengkalen Holdings Berhad. He was one of the earliest practitioners of the “Malaysia Takeover Code”. He was also involved in cases like the successful Domestication of plantation companies Guthrie Berhad, Sime Darby Berhad, East Asiatic Berhad and the Demerger of Tan Chong Consolidated Sdn Bhd.

A quote about Michael Lim from a former assistant and colleague, Putri Noor Shariza Noordin in “An invaluable Lesson in the Law” (Shearn Delamore & Co. A Malaysian Century) adds to the story about some of Michael’s experiences as shared by him:

“One of the most memorable incidents of Michael’s professional life was one of the earliest lessons he learned. He had to handle the administration of the estate of a deceased who was a major shareholder of Federal Motor Holdings. This involved dealing with the solicitor for the proposed acquirer of the shares, Mr Ng Ek Teong (Ng), a then very prominent and senior member of the Malaysian Bar. While talking on the phone on delivery of the original shares certificates and blank transfer forms to Ng for delivery to the acquirer, Michael made the mistake of asking Ng for a written undertaking that he would, on his part, deliver the funds to purchase the shares.

The request outraged Ng, who upbraided him for his insolence and for showing his inexperience for daring to question the nobility and honour of the legal profession in this way. Ng went on to remind him that a lawyer’s word is his bond. Michael has never forgotten his words: “Young man, don’t you know that we all belong to the honourable society of lawyers and we are all men of honour. Nobody before has ever asked me for my undertaking. When I say to you I undertake to deliver to you the shares and transfer forms upon receipts of payment by you, I will do so. That is my word of honour.” This incident instilled in Michael a profound awareness that being a good lawyer is not just about knowing the law but also about behaving ethically.

Although Michael’s paper mostly referred to those who had earned New Zealand degrees, Raja Aziz sought his views via telephone on the possible Australian Universities that also ought to be recognised. His off-the-cuff recommendations were subsequently adopted by the Bar Council.”

Shariza recently seeks to add this about him:

“Michael Lim was the Head of Shearn Delamore & Co’s Corporate and Commercial Department. He was not only highly respected and regarded by clients in the corporate world but he was also remembered as one of the best teachers and mentors that young lawyers and partners of the firm have had. He always took the trouble and time to guide and advise the younger corporate law practitioners on not just corporate practices but on legal practices in general as well. He was always approachable and his door was always open to the young lawyers on any matters at hand.”

Sadly, his fulfilling legal career, his happy family life, his enjoyable social life all came to an end when he succumbed to a debilitating illness six days after his 70th birthday on 16 May 2018.