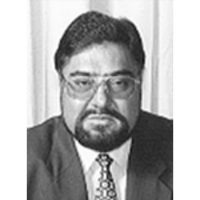 Manjit Singh was born on March 29th, 1948 in Kuala Lumpur. His father, the late Gurcharan Singh was a Chief Clerk in the Royal Malaysian Police Force and an active member and Executive Secretary of C.U.E.P.A.C.S. His mother, Madam Satwant Kaur was a housewife. Manjit Singh grew up in the Cochrane Road Government Quarters and attended primary education in Cochrane Road School. Thereafter he pursued his secondary education in Methodist Boys School.

In 1969 he was enrolled into the National University of Singapore wherein he read law at Raffles College and graduated in the class of 1972. Thereafter he returned to Malaysia and undertook a period of tutelage in the chambers of Dato’ Balwant Singh. He was called to the Malaysian Bar on February 21st, 1973.

From the outset, Manjit Singh displayed an extraordinary acumen in advocacy. His master, Dato Balwant Singh remarked that he had the makings of an exemplary advocate. Naturally, Manjit Singh was drawn to the arena of litigation and initially practised in both civil and criminal litigation.

In 1985, he was offered employment in Sri Ram & Co (now known as Messrs Kumar Partnership) as a Legal Assistant. In Sri Ram & Co, he developed his practice and specialised in all aspects of Civil Litigation. He was made Partner in 1994 and thereafter became Senior Partner in 1996. It was during his tenure in Sri Ram & Co that Manjit Singh gained standing as distinguished litigator.

In 2002, he left Sri Ram & Co and joined Messrs A. Zahari & Co as a Partner. In 2004 he was made Senior Partner in Messrs Chin Hin Lum, Anthonysamy & Manjit where he continued to practise till his demise.

No member of the Bar whose privilege it was to have met him is likely to forget the candour of his speech, the vivacity of his advocacy and the courage he employed to advance his cases. He has been labelled a formidable, intrepid and redoubtable opponent who had a remarkable ability to present even the most complex argument with simplicity and ease. He practised with honour and integrity and is generally recognised as one whose skills are worthy of emulation.

In his 34 years at the Bar, over 70 of his cases have been reported in the Malayan Law Journal alone including the celebrated Kluang Wood Products Sdn Bhd & Anor v Hong Leong Finance Bhd & Anor [1999] MLJ 193 (FC) and Fulcrum Capital Sdn Bhd v Dato’ Samsudin Abu Hassan & Ors [2001] 5 CLJ 73. The sheer volume of these reported cases is an apparent attestation to the respect he commanded from both the Bar and the Bench.

During the early 90’s Manjit Singh also served in elected posts in the Royal Selangor Club. Whilst serving in the General Committee, he brought about a welcomed change through the introduction of air-conditioning in the Verandah that looks over the Dataran Merdeka. He was elected as Vice President of the Club from 1994 to 1996 and thereafter served as President for 2 consecutive terms from 1996 to 1998. During his premiership of the Club, he was the champion of the employees of the establishment and till today is credited for the many employment benefits he introduced for the Club. It was also during his Presidency that the Club opened its Bukit Kiara Sports Annexe.

Apart from his professional life, Manjit Singh was an extremely affable extrovert whose friends will always remember his ‘unending thirst for life’ the pleasure of his company. Though, many equally knew of his straightforwardness and his lack of reluctance to put anyone in their place when deserved. He was also an avid golfer and could often be spotted on the 18 hole course and on the 19th ‘watering’ hole of the Subang Golf Club. Those who regard Manjit Singh as a friend will never forget the brightness of his friendship.

To his family, he was the rock of Gibraltar personified. A constant source of guidance, support and inspiration. He was a kind and generous man, who ensured his family received all which they desired. Even through all his other commitments, Manjit Singh never forgot to put family first. He was a loving and caring person and his wife of 35 years, Madam Pragash Kaur will attest that he provided his family with nothing less than the ‘good life’. His son Harvinderjit Singh and daughter Ravena Kaur keep with them fond memories from the many family vacations, outings and Sunday ‘Chinese’ dinners which they all spent together.

Alas, the Bar has suffered another loss… his stature is marked only by the aching void of his demise… a void that never can be filled… only the silent grief and joyous memories of his family, friends and colleagues can reflect their personal loss for this giant amongst men.