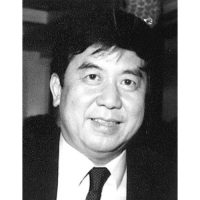 Low Ping Loong started his law career late in life. After leaving school, he worked for the Municipal Valuation Department. He then pursued his law degree at the age of 40. Upon his return, he was appointed as the legal counsel for AIA for a few years before setting up his own practice.

It seems like only yesterday, Low was with us. It has been 6 years since he has been called to be with the Lord. Those who knew him would know that he was a simple man; a man easily contented but yet a man who had such ardour
for life. His generosity also meant he took nothing from friends, relatives or clients but in return
gave love and care for others.

He had no complaints but he consoled, this was his loving nature. He never failed to lend his ears. He was always a friend. He has been known to take a case and charge a bowl of “Wan Tan Mee” as his fees.

Though we miss him, he will always be in our hearts. We cherish his memory, his care for us. When we think of the passion he had for life, we are sure of one thing, that he is happy where he is.