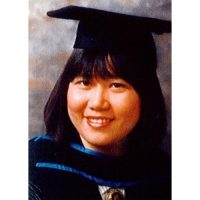 Lynda Low Beow Kheng was born in 1961 and had her early education in Marian Convent, Setapak, Kuala Lumpur. After completing her Higher School Certificate at Sekolah Menengah Tinggi, Setapak, Kuala Lumpur she joined Malayan Banking Berhad in 1982. It was during her time at the bank that she gained valuable experience in the various aspects of banking. In 1983, the bank rewarded her with a monetary award for attaining the Stage One of the A.I.B.M. examinations. Again in 1984, in recognition of her dedication to her job and hardwork, she was given a merit increment by the bank.

While in the bank she was active and much liked. Being a member of the National Union of Bank Employees, she was elected as Treasurer of the Inter Relations Committee in her office. After about six years, she left the bank for England to pursue her law studies.

In 1990, she was awarded the Bachelor of Laws (Hons) by the University of London. She was admitted to the Honourable Society of Lincoln’s Inn in 1989 and called to the degree of an Utter Barrister in 1991. Upon her return to Malaysia, she served her pupillage in the law firm of Gulam & Wong and after her admission to the Malaysian Bar on 16 October 1992, joined the said firm as a legal assistant.

In 1995, she and two other partners set up their own law practice of Naimah Chan & Low in Kuala Lumpur. During her years of practice, she specialised in conveyancing, corporate and banking law and had gained due recognition by the legal fraternity and the banking industry. Her legal opinions on difficult points of law were often sought after by banks, developers and clients.

On 31 August 2004, she succumbed to cancer after a long and courageous fight and passed away at the age of 44. Her demise has been a great loss to the family, relatives, friends and colleagues. She has always been a source of inspiration to others and will always be remembered as a caring, generous, cheerful and strong person.