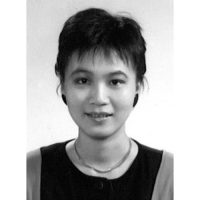 She studied at Bukit Bintang Girls’ Secondary School, Kuala Lumpur and in 1979 sat for and obtained the Malaysian Certificate of Education with Grade I. She also won the English Language prize that year.

She proceeded to England in 1980 to study for and later obtained her A levels at Malvern Girls’ College, Great Malvern, England, winning the Chemistry prize.

She read law in the London School of Economics obtaining, in 1984, the degree of Bachelor of Law (Second Class Honours-Upper Division). On 25 July 1985, she was called to the English Bar by the Honourable Society of the Middle Temple.

She returned to Malaysia in 1985 and served her pupillage with the legal firm of Shook Lin & Bok and was called to the Malaysian Bar on 9 August 1986. She then joined the firm of Ng Ek Teong & Partners as a legal assistant. In July 1987, she became a legal assistant in Shook Lin & Bok, attached to the litigation department, specialising in banking litigation. She remained with the firm until her death on 10 February 1993.

Linda was very active in other activities apart from her profession, one of which was scuba diving.

Written By,
Family of the late Linda Tai Fook Yen