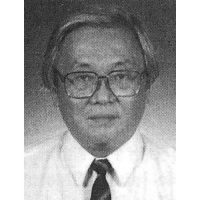 The late Lim Shee Ping was born on 13 April 1931. He was admitted as a Barrister of Lincoln’s Inn in 1970. He served his pupillage in the firm of Chye Chow Chung & Co. and was admitted as an Advocate and Solicitor of the High Court of Malaya on 15 January 1983.

The late Lim Shee Ping practised law in Kuala Lumpur in his own firm of S.P. Lim & Co. until his demise on 7 September 1999. He is greatly missed by his family and friends.