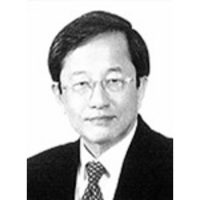 Lim Chor Pee (b. Penang) attended the Penang Free School. In 1955, he went up to Cambridge where he read law at St. John’s College. His Queen’s Scholar father Lim Kheng Kooi had a double-first in law at the same college. Chor Pee was a member of the Inner Temple and was called to the Bar in 1959.

Chor Pee joined the Singapore legal service in 1959, served as a Crown Counsel and DPP in the A-G’s Chambers, as a District Judge, and the first legal adviser to the Tax Department.

In the 1960s, Chor Pee was very active in local theatre in Singapore. He founded the Experimental Theatre Club to create “Malayan theatre” and to encourage local playwrights by staging their plays in a scene dominated by expatriates. He produced many plays including “Mimi Fan” and “A White Rose at Midnight” he wrote himself. Chor Pee has been acclaimed as having kick-started the local theatre scene in Singapore and galvanised locals to follow suit.

On 2 November 1964, Chor Pee started a legal practice which was the first legal firm to use their first names “Chor Pee & Hin Hiong”. He subsequently founded “Chor Pee & Company” and later on “Chor Pee & Partners”, which was a sole proprietorship. Several noted Singapore lawyers chambered or worked at these firms. In Malaysia, Chor Pee also practised under “Albar Zulkifly & Yap” and later “Chor Pee Anwarul & Company” with offices in K.L. and Johor.

Chor Pee had a high reputation as a commercial and corporate litigation lawyer. He had a flair for handling extremely difficult clients. After representing them, they would usually end up holding him with high regard. Chor Pee’s endurance as a lawyer can be seen in four decades of cases reported in the Law Reports. His talent and skill as an advocate has been etched in the memories of many Singapore and Malaysian lawyers. Even while battling cancer very bravely, he continued with his legal practice with admirable and unsurpassed dedication until his final days.