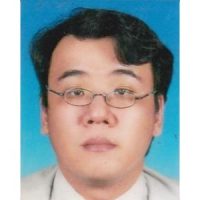 Lim Choon Wee was born on 5 March 1971 and the eldest child of Mr Lim Ching Seong and Madam Chen Kim Yan. He started his education at Sekolah Rendah Kebangsaan Brickfields primary school before proceeding to complete his secondary education at Victoria Institution, Kuala Lumpur. In 1991, he completed his A-Levels at Prime College Kuala Lumpur.

After his pre-university studies, he enrolled in a twinning programme at Inti College to study law and obtained his Diploma in Law from the said college. In 1993, he left for the United Kingdom to complete his Bachelor of Laws (LL.B) at Cardiff Law School. There, he obtained his LL.B Second Class Upper Honours in 1995.

Upon his return to Malaysia in 1996, he undertook the Certificate in Legal Practice (CLP) studies at University Malaya and passed the CLP examination in the same year. He was called to the Malaysian Bar in 1997 after completing his pupillage at Paul Ong & Associates.

Choon Wee had led a short but meaningful life. He is greatly missed by family members and friends.