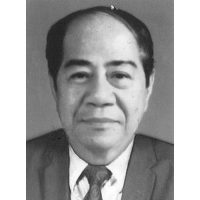 After the end of World War II, Lim Cheng Poh already then 24 years old, embarked on the month-long voyage on a P & O liner to England to read law at the Middle Temple in London. Realising the need to make up for lost years caused by the War, Lim Cheng Poh already a mature student, sat and passed all the professional Bar examinations within a record time of 18 months from the date of his arrival in London. He was called to the Utter Bar at Middle Temple in 1951 admitted to the then Malayan Bar on 6 June 1952. He therefore belonged to one of the earliest batches of local advocates and solicitors practising in Penang after the War. At the time of his admission, there were only 30 members at the Penang Bar.

Upon his admission to the Malayan Bar, he joined the Penang firm of Lim, Lim & Onn. Lim Cheng Poh practised mainly as an Advocate as he had a sound grasp of the principles of advocacy and the law of evidence. He was a prominent criminal practitioner and had a flourishing civil practice too. After a few years of busy practice with Lim, Lim & Onn, he formed the partnership of Pillai, Lim, Lee & Hwang with offices in Penang, Butterworth, Alor Setar and Kota Baru.

Lim Cheng Poh made a name for himself in the Courts of Kedah, Perak, Kelantan and Terengganu and of course, Penang while he was a senior partner of Pillai, Lim Lee & Hwang. He also practised law in Hong Kong from 1964 to 1968.

Lim Cheng Poh was a kind and friendly person with an easy-going and charming personality which earned him the friendship of many members of the Bar and Court staff. He was a caring individual and as a pupil master, was always concerned about his chambering pupils and the legal assistants working under him.

Besides law, he was active in politics and from time to time, he enjoyed dabbling in business investment. However, his true love and vocation was always the law. In the later part of his life, he engaged in a lot of corporate and banking work.

He died on 10 April 1992 at the age of 65, happily working until 3 days before the end. He was always proud that his major bequest to the legal fraternity was his firm of Lim Cheng Poh & Lim in which his children, Cynthia and Andrew are partners.