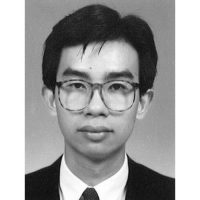 Lian Yao Ming was born in Kuala Lumpur, the elder of two sons of Mr Lian Chee Seng and Madam Wong Sook Yin. After completing his Malaysian Certificate of Education in December 1979 at Victoria Institution, Kuala Lumpur, he went to Epsom College in England and obtained his A Levels in 1981.

He was admitted to University College, London in mid 1981 and obtained his law degree in 1984. On 25 July 1985, he was called to the English Bar by the Honourable Society of the Middle Temple.

Back in Malaysia, he was called to the Malaysian Bar on 12 July 1986 and practised in the firm of ST Low & Co. On 5 October 1988, he set up a partnership with his father under the firm name of Lian & Lian.

Lian Yao Ming retired from practice on l August 1995 due to a serious illness and passed away on 8 September 1995. He leaves behind his wife Jeannie Lee Gaik Im, daughter Ashley, his parents and his brother, Tse Ming.