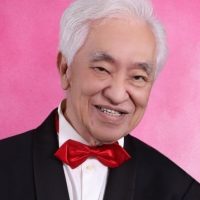 No words can describe the pain and sadness when Leong Tuck Onn passed away on 7th July 2020 just a day before his 78th birthday. He left a huge void in our lives and we only have fond memories of him to fill the void and emptiness.

Tuck Onn was born in Tapah, Perak on 8 July 1942 to Mr Leong Pak Lin and Madam Chan Good Nya, the third of five children. He received his primary and secondary education in Government English School Tapah, his Form Six in Anderson’s School, Ipoh before going on to read Law in The University of Singapore. He chambered with Allen & Gledhill, Kuala Lumpur under his master Mr S.E. Teh in 1967 and was subsequently admitted as an Advocate and Solicitor of the High Court of Malaya on 29 January 1968.

He began as a legal assistant with Bijaya & Co, Kuala Trengganu in 1968, travelled from court to court throughout the East Coast. From 1969 to 1972 with Kam Woon Wah & Co, Kuala Lumpur, subsequently with K.K. Lam & Co, Kuala Lumpur. Partner in Megat Najmuddin, Leong & Co, Kuala Lumpur fondly known as MNL since 1972 and continued to manage MNL till his passing. He was on the Bar Council Mediator Panel, appointed a Notary Public in 1977 and a Commissioner for Oaths.

A good son to his parents, a kind loving brother to his siblings, a very devoted and loving husband to his wife Teh Bee Yeow and a wonderful loving great father to his daughter Mun Yin and son Hoong Kin and father-in-law to his daughter-in-law Chriselle.

Tuck Onn affectionately known as LTO to his friends, was a very compassionate loyal friend, bent backwards and walked the extra mile to help friends in his unassuming ways never expecting anything in return hence he was very much loved and respected by his family, friends, church members, associates, colleagues, staff and clients. Also very fondly remembered by his ex-pupils who chambered under him and many of his staff, past and till his passing as the best boss they ever had.

A man very well regarded by his clients as a man of principle, good character, integrity, trustworthy and honest. As such he was on the board of directors of many companies. Soft spoken but fun loving with a great sense of humour made him very popular with both the young and old.

Tuck Onn passed away during the RMCO of the pandemic. Despite strict SOPs relating to gatherings, wakes and funerals, friends old and young, relatives, staff and clients queued over an hour to pay respect speaks volume of this wonderful man. May God bless this lovely, gentle, wonderful man and may he rest in eternal peace.

My Father Mr. Leong Tuck Onn will always be my hero and strength throughout my life.

In his life, my father taught me to always be grateful for what we have and to help others in need. He worked with honesty, integrity and passion. He could get along with anyone from any age or background. My father was approachable, compassionate, caring, considerate, gentle and generous.

Pa, Thank you for loving us unconditionally. We love and miss you dearly.

Till we meet again.

I first met the late Leong Tuck Onn (Leong) in Raffles Hall, University of Singapore in 1965. I was a ‘freshie’ and was ‘ragged’ by many of my seniors including the fearsome late Karpal Singh!

To find a bit of respite from the month – long – ragging, I would hide in Leong’s room. He was two (2) years my senior and was amongst the kindest and gentlest souls in Raffles Hall. He and a few other seniors helped me to adapt to campus life, and to the Law studies as well! Nothing like a ‘senior gentleman’ to help you!

Upon graduation Leong had a short stint as a legal assistant in an East Coast Law firm. He soon came back to Kuala Lumpur and started Megat Najmuddin & Leong. I left the law firm to him in mid 1980s so as to concentrate on political work.

Leong was always a dear loyal friend who always made time for me. He was also a loving husband to Bee Yeow and a great father to his two children. A real gentle soul who was always helpful and loyal to his close friends. He will be missed.

Frankly, it is an uphill task to encapsulate the spirit of a gentleman who has touched so many of us in so many different ways. If we were to pen down all the qualities of LTO (as we so fondly called him) the list will be never ending. Perhaps the best approach is simply to choose a few fond remembrances – since we could never hope to cover all of LTO’s countless fine qualities.

I have known LTO for more than 3 decades when I first joined Megat Najmuddin Leong & Co. in the early 90s as an attachment student when I first graduated. Throughout all these years and despite that I have left the Firm more than 20 years ago, we still kept closely in touch with each other.

LTO was not only highly respected and regarded by clients in the conveyancing and banking world but he was also remembered as one of the best teacher and mentor that young lawyers have had. He always took the trouble and time to guide and advise the younger law practitioners on not just the nooks & crux of legal practice but also on how one should live our lives as well. He was always approachable and his door was always open to the young lawyers on any matters at hand be it on a personal or professional level.

He was a unique character and a very much-loved person in the legal fraternity & amongst his clients and friends. Known as a man of dignity and integrity and one who practised his legal work diligently and fairness without any fear or favour, he has no qualms in sending anyone out of the door (no matter how big the work may be) should there be any suggestion of any element which may fall on the other side of the law.

Throughout the time that I have known him, he has demonstrated his love, care and kindness towards everyone from all walks of life and I can testify that he lived amongst people and not above people. I am truly honoured that I have had the opportunity of calling him my Pupil Master (I even wore his robes for my own Long Call), my employer and my mentor and without doubt I have learned much from him not only on a professional level but on a personal level as well and I can say that much of my practice is formed after what he has taught me in my young career.

LTO has certainly left us with a lifetime of fond and loving memories for us to remember him by.

The late Leong Tuck Onn passed away on 7 July 2020. After he was diagnosed with leukaemia he was lovingly attended to and taken care by his wife Bee Yeow.

One of the earliest graduates from The University of Singapore, Tuck Onn was admitted as an advocate and solicitor of the High Court of Malaya in 1968. He practised mainly as a Conveyancer in Megat Najmuddin Leong & Co., a firm which he co-founded.

Tuck Onn was my cousin. When I started practice, I remember him helping me by introducing clients to me. For advice and support, he was always there not just for me but for everyone. Tuck Onn was an approachable and affable person whether it was with friends or relatives.

Tuck Onn leaves behind his wife Bee Yeow and two children, Mun Yin and Hoong Kin. Bee Yeow and Tuck Onn were always seen together and it can be said they were inseparable. The marriage was a truly happy one and they were a perfect match.

In family gatherings, Tuck Onn and Bee Yeow were the life of the party and always recognised by their fashionable way of dressing. Both were sociable and gregarious. They were very respectful and caring towards the senior relatives and able to reach out and mingle with cousins or nephews and nieces who were younger than them.

Tuck Onn is missed by his relatives and all who knew him.

I was initially a legal assistant and then employed as a lawyer at Megat Najmuddin Leong & Co for some 3 years. This is how I remember Leong Tuck Onn, my elder cousin and employer, for his kindness and wisdom.

My working days were spent as a warrior getting trial dates for my clients and advocating for them in court and with lawyers for the other side. Then I would return to the office slightly frazzled from the warfare and Tuck Onn would invite all the lawyers to lunch. Often lunch would be the latest foodie sensation claimed to achieve maximum health and vitality. Before the days of formal team building sessions, this was being done in such daily outings.

There were also other formal team building sessions with trips to Kuantan and Cameron Highlands. Tuck Onn was usually present and observing the team.

After emigrating to Australia, I met up with Tuck Onn and Bee Yeow on off, the last was 2019. We would be present at family weddings where they would usually be the best dressed couple. It was good to see them living it up. I was very sad to hear of his passing from leukaemia. My thoughts immediately were of the wellbeing of Bee Yeow and their 2 now grown-up children. My condolences go to Bee Yeow and children for their loss of this wise, kind and generous man, husband and father.

Mr. Leong Tuck Onn is a dear friend close to my heart of all the years that I got to know him. The friendship started in early nineties and slowly I got to know him better. Our friendship blossomed to the degree that I noticed the manifestation of agape love – the self-sacrificial love that Jesus Christ taught us to live in this world.

Whenever Church members and friends seek for legal advice or help, Tuck Onn never said no. No was never in his vocabulary. Most of the time, he would go all the way out to help the least of all the people. Many times I personally saw Tuck Onn with the money in the envelope which he would hand over to the person he believed needed help when these people never asked him. He was such a generous and loving man whose generosity has touched many hearts among church members and friends.

He loved his wife Bee Yeow, the two children Mun Yin, Hoong Kin and the daughter-in-law Chriselle dearly. A family that is full of love and care.

Always wanting to help anybody that deserved a helping hand, he was always kind and courteous to the staff. Polite and pleasant, whenever I went to his office the atmosphere was pleasant and joyful.

At the wake, the number of people who came to pay their respect and honour Tuck Onn was overwhelming. Endless string of relatives, friends, peers and legal fraternity lined up for their turn to bid farewell to a life well lived and well loved.

It is a fitting tribute to a dedicated and loving member of Methodist church and a great friend with Revelation 14:13 “Blessed are the dead who die in the Lord from now on.” “Yes,” says the Spirit, “they will now rest from their labor, for their deeds will follow them.”