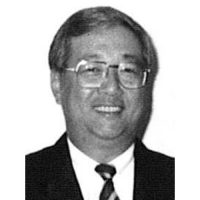 The late Laurence Teoh Guan Hock was born on 24 May 1945. A graduate of the then University of Singapore, he was admitted and enrolled as an Advocate & Solicitor of the High Court of Malaya on 2 August 1972.

However, the attraction of our honourable profession pulled him back into private practice. He joined Huang & Hew in July 1981, then Zulkifli & Co. until November 1981 and C.H. Liew & Co. from December 1981 to December 1982. He was a partner of Nordin Torji & Yussof Ahmad from January 1983 until March 1989.

When he became a partner of Sidek Zubir Sulaiman Nadzir & Partners in April 1989, the late Laurence’s foresight saw the restructuring of that firm as Sidek Teoh Wong & Dennis with effect 1 August 1989. The strong foundation laid by the founding partners, led by the late Laurence as the Managing Partner, has seen Sidek Teoh Wong & Dennis rise to its current status to-date.

I am one of the fortunate people whose live has been blessed by knowing the late Laurence. He was in fact one of two people instrumental in my joining Sidek Teoh Wong & Dennis as a partner in January 1996. It was then that I came to know the late Laurence better.

The late Laurence was not only someone who was easy to get along with but also someone that you will find difficult to get angry with. His simple pragmatic approach to life saw many issues debated at our partners’ meetings being resolved effectively. His affable personality and “sunshine” smile was always refreshing and a welcome reprieve from the daily stress in the office. One cannot help but develop a genuine and special affection for the late Laurence. Such was his charisma, charm and uniqueness.

On the social front, the late Laurence’s circle of friends ranged from ambassadors to the ordinary man on the street. There was no doubt he loved fine dining and wines with his appointment as the President, International Wine and Food Society. I recall the many partners’ lunches with him when he will give us a lesson or two on wines, the late Laurence’s passion. In fact, his office was to us, “the Wine Cellar”, as it was always well stocked with the latest and best wines from all parts of the world.

The late Laurence was also a family man. There was never any doubt of his love and devotion to his spouse, Julia, and his two children, Jonathan and Victoria. He constantly spoke of giving them the best.

When news of his sudden demise came to us on 13 August 1999, we were in total shock. To lose a good friend and a dedicated member of the Bar, is never any easy thing to accept.

We extend our deepest and heartfelt condolences to his widow and children who have lost a loving husband and a devoted father.

We will always cherish the late Laurence’s memory and remember him fondly.