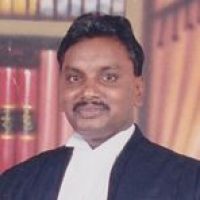 “Life is more than just chess. Though king dies, life goes on”, an arty quote by author Toba Beta, is most apt to illustrate the life story and memoirs of the late Mr Kupparedy Gopal particularly from my perspective as a character who has been by his side throughout his ups and downs and most prominently, during his last moments. A fighter, a survivor he was for as long as I could remember. Standing up for what was right was his forte, which brings about no surprise as to why he had chosen to pursue a career in law.

Born on 8 August 1960 to the late Mr Gopal Kuppuredy and late Mrs Letchumy Marriappan, Mr Redy was a brother to 6 siblings, three brothers and sisters respectively. The family of nine resided in a small town in Perak known as Sungkai. A cream of the crop he was during his younger days, with the Tamil Language, History and Geography being his all-time favourite subjects. He completed his secondary education in Sekolah Menengah Sungkai. In addition to excelling academically, Mr Redy was also an active athlete, a badminton player and had a marked interest in music enabling him to perform during religious rituals and cultural programmes.

Fuelling his immense interest in geography, Mr Redy majored a Degree of Bachelor of Arts (Geography) at the University of Malaya and advanced to pursue a Diploma in Education and later began to teach the Geography subject in high schools and tuition centres namely the Sri Murugan Centre (SMC) and Vento Academy, as a volunteer teacher/lecturer, more than a decade. Mr Redy’s involvement in SMC is particularly significant. The SMC was founded by Tan Sri Dato’ Dr M. Thambirajah together with a group comprising 42 students of University Malaya in 1982. The prime objective of SMC is to uplift the Indian community through education and provide assistance to the Indian students at the various phases of their studies such as PMR, SPM and STPM. As Mr Redy was particularly concerned with the social upliftment of the Indian community, he was always on the lookout for voluntary work and social services that he could participate in. Inspired by the SMC and its vision, he decided to use it as his platform for doing community service.

While he was busy with his career as a school teacher and facilitator at SMC, the cupid’s arrow struck Mr. Redy. He fell in love with Ms Mangayarkarasi Vellayan, a simple girl from Bidor, also a modest town situated a mere kilometre away from Sungkai. With the blessings of the elders, they were married in 1995. Their union was blessed with two children. Interestingly, Mrs Mangayarkarasi herself pursued her career in teaching and she remained in the profession until today. However, Mr. Redy’s life marked another transformation after his marriage as he decided to pursue a career in the legal field. He completed his legal course at the University of Wolverhampton, Malaysia in 1993 and procured his Certificate in Legal Practice in the year 1995 and went on to train as a legal practitioner under the guidance of Tan Sri Dato’ Rais Yatim and his fellow partner, the late Mr Hariram at RamRais & Partners, Advocates & Solicitors.

Mr Redy learned to assimilate to the life of a lawyer from that of a teacher with the guidance of his employers for a couple of years that followed, unbeaten by the financial constraints and physical exhaustion he was forced to encounter due to the burden of supporting a family of four. In the year 2008, Mr Redy successfully established his very own legal firm, G Redy & Associates, Advocates and Solicitors, in Brickfields, Kuala Lumpur and this was another milestone in his career. There was a steady rise in the development of the business and growth of the legal firm with the aid of numerous staff including clerks and junior lawyers, who served the law office with much passion and dedication.

Being compassionate and caring about the welfare of others and even putting it before his own at times, Mr Redy was and will eternally be an idol to many who appreciate him as an acquaintance, friend or relative. Back in his varsity years, Mr Redy was well known to be a tutor to his peers. He would learn up a certain topic and explain it to his group of friends during their discussion sessions. “He would be the only one who could delve deep into each chapter and regurgitate all the information required to be learnt. Kupps was our personal lecturer”, shared his university mates who recollected episodes from their past.

In addition, Mr Redy’s spiritual inclination was yet another interesting chapter in his life which never went unnoticed. From a young age, he was exposed to the devotional hymns of the Nalvars, the South Indian Saivite Saints and he could sing those hymns eloquently. In his middle years, Mr. Redy was especially interested in the mystical teachings of the Indian mystics better known as Siddhas and became an avid reader of the literatures pertaining to them. As the teachings of Siddhas echo the importance of realising the deathless state of the soul, Mr. Redy made this the foundation of his life to endure all the hurdles he faced.

In the year 2011, a shocking and rather alarming revelation was made to Mr. Redy when he paid a visit to a clinic in the course of treatment for persistent cough. He was diagnosed with idiopathic pulmonary fibrosis, a rare and poorly researched disease of the lungs. While this could be the most challenging part of his life, Mr. Redy faced the ordeal with the spirit of the lion. Perhaps, induced by the esoteric teachings of the Siddhas, he refused to surrender to the degenerating and restrictive effects of the disease which began to affect his productivity day by day. He continued to visit his office, even in 2017, while the disease was rapidly progressing. As the saying goes, the creator loves him more, Mr. Redy finally surrendered to the ultimate and shed off his mortal coil on 16 August 2017. Indeed, his passing is a mammoth loss to his family and the legal field. During his earthly sojourn of 57 years, Mr. Redy had been a loving husband, a great father, an ambitious lawyer, a fun friend and most definitely, a compassionate human being. Penning this write-up was indeed based solely on my thoughts and experiences with Mr Redy but no words would do justice to my feelings better than the measly four lines I had written particularly because Mr Redy was a fan of poetry as well.

Immortal
A precious gift now lost forever,
A favourite hello now a tough goodbye,
As the soul rests in deep slumber,
He still roams wild in our hearts.